Israeli Defense Minister: We are ready to strike Iran

Israeli Defense Minister: We are ready to strike Iran 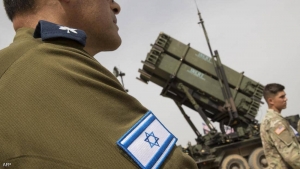 Israeli Defense Minister Benny Gantz announced that Israel is ready to launch a military attack on Iran, describing it as a “global problem.”

In an interview published Thursday with the Ynet website affiliated with the Israeli newspaper Yedioth Ahronoth, Gantz responded with “yes” to a question about whether Israel was ready to attack Iran, hours after he said during a press briefing that Tehran is now only 10 weeks away. from obtaining fissile material that would enable it to build a nuclear bomb.

The minister said that “Iran, without any doubt, is trying to challenge Israel on several fronts, and therefore it is strengthening its influence in Lebanon and Gaza and deploying its forces in Syria and Iraq, in addition to supporting the Houthi group in Yemen.”

Gantz stressed that “Israel, in turn, is ready to confront Iran on various levels,” noting at the same time the need to strengthen its capabilities in this field, “because this matter directly affects its future.”

“We act in different ways and with different intensity, and we will continue to do so,” he said.

The minister called on the international community to realize that Iran “is not a problem specific to Israel but rather a global problem.”

Gantz also again blamed Tehran for the attack last week on the Mercer Street oil tanker off the coast of the Sultanate of Oman.

He said: “A strategic political balance must be found between Israel and the international community towards Iran. The world and the region have to deal with Tehran as well, militarily.”