A former US police officer: 4 people who dealt with the attack on the Capitol committed suicide and describes it as suspicious

A former US police officer: 4 people who dealt with the attack on the Capitol committed suicide and describes it as suspicious 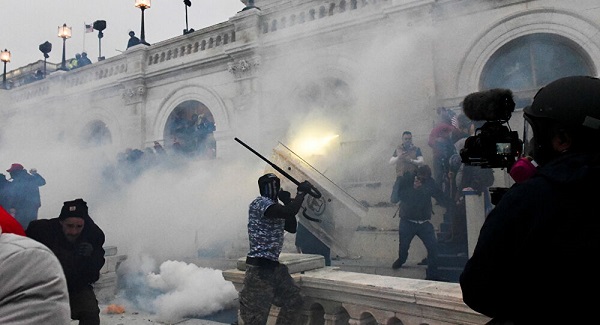 A former US police officer confirmed that the suicide of 4 people who dealt with the attack on the Capitol building last January is suspicious, noting that there are those who are trying to hide the truth.

Former US officer John Duggan said: “I think it’s suspicious that hearings are going on now on this case (the storming of the Capitol), and these police officers were supposed to testify, and they’re dead. As a former police officer, I find this suspicious. Maybe there’s someone What covers their tracks.”

“In such stressful situations, officers gain experience, so it is difficult to judge their actions in this case. However, I think there have been other protests in the country, which have been more morally difficult for the police,” Dogan explained.

He continued, “The Capitol Police had never faced a similar situation before. Of course they were nervous, but it could be worse. Police officers who worked on the Black Lives Matter protests were in an even more stressful situation, but apparently not so complicated that four Later officers will commit suicide.”

Today, Tuesday, August 3, the Washington DC Police Department announced the suicide of two other security personnel who dealt with the January 6 attack on the US Capitol.

In this way, the number of known suicides among the security personnel who were guarding the building rises to 4, according to Reuters.

Hugh Caro, a spokesman for the department, said in a statement that Genther Hashida was found dead at his home on Thursday. He added that Kyle Defritag, also of the Metropolitan Police Department, who also dealt with the attack, was found dead on July 10, noting that he also committed suicide.

Jeffrey Smith, of the Metropolitan Police Department, and Howard Liebingod, of the Congressional Security Police, later committed suicide after they participated in repelling the attack.

Hundreds of supporters of former President Donald Trump stormed the Capitol building on January 6 in a failed attempt to prevent President Joe Biden’s election victory from being certified. Four died in the violence that day.

In moving testimony, last week, four police officers told a House of Representatives special committee that they had been beaten, threatened and racially insulted during their response to the violence in Congress, and that they thought they might lose their lives there.