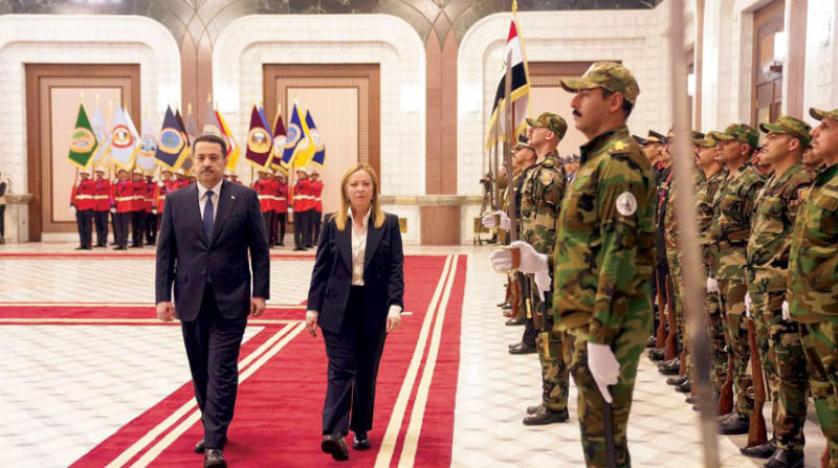 An Iraqi government request to transfer the documents and data of the “Accountability and Justice” Commission to the judiciary in preparation for ending its work sparked a sharp political debate among the poles of the Shiite “coordination framework”. The Accountability and Justice Commission is an extension of an institutional formation known as the “de-Baathification” that was established by a law issued by the Coalition Provisional Authority, headed by US Governor Paul Bremer, in 2003 to uproot the leaders of the dissolved party.
Senior Iraqi sources told Asharq Al-Awsat that “the government sent a request to the Commission to collect the data of those subject to ablation, and all its archives to the judiciary.” A source in the “coordination framework” confirmed that this request paves the way for the dissolution of the commission, and for its affairs to be exclusively directed to the judiciary, based on a political agreement that preceded the formation of the current government.
Last month, Iraqi sources told Asharq Al-Awsat that the political forces that allied to form this government had obtained promises from Prime Minister Muhammad Shia’ al-Sudani, including the abolition of the “Accountability and Justice” commission.
For 17 years, the Iraqi Sunni forces have been aiming at the law and demanding its abolition or the deletion of articles that allow parties to exploit it against them, especially in the election file by preventing Sunni candidates from running for parliament.
Sunni party leaders criticized the commission’s mechanism of action as a result of its delay in resolving hundreds of thousands of cases related to individuals covered by the uprooting decision.
The law prohibits those covered by the commission’s procedures from holding the position of director or above and referring those with high positions to retirement.
Local media quoted the head of the “Accountability and Justice” Commission, Bassem Al-Badri, as saying that about one and a quarter million Iraqis were included in the uprooting procedures, attributing the delay in resolving their files to the transitional procedures between the “De-Baathification Commission” and the current commission.
According to Al-Badri’s statements, the Commission will not respond to the current government’s request, because it “is insisting on implementing transitional justice, in fairness to the victims of the former regime.” The head of the commission, Basem Al-Badri, said that he informed the President of the Republic, Abdul Latif Jamal Rashid, last week, that “accountability and justice are necessary to achieve justice and redress for the oppressed.”
A leader in the Shiite “framework”, which runs the government, said that the decision to dissolve the commission came as a commitment to a political agreement that obliged the prime minister to implement it during the six months of his term. The leader, who refused to reveal his identity, added that the Sunni forces did not stipulate the dissolution of the committee, but rather that the Shiite political consensus was to transfer these legal functions to the judiciary and the secretariat of the Council of Ministers.
It is believed that the current body’s refusal to implement the government’s decision is due to the prohibition of Shiite parties, most notably the “Islamic Call” headed by former Prime Minister Nuri al-Maliki, whom Sunni forces see as the most politically invested in de-Baathification mechanisms, since his first government term in 2010. The Iraqi politician said the Iraqi Intifad Qanbar, in a tweet on Twitter, said that the prime minister’s decision to dissolve the commission is “null and unconstitutional,” because it is “exclusively within the competence of Parliament.”
The Iraqi constitution stipulates that the commission is “independent” and “continues its work in connection with the House of Representatives, which has the exclusive right to end its mission by an absolute majority.”