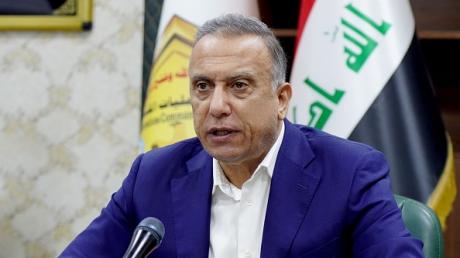 On Saturday, Iraqi sources revealed efforts by Prime Minister Mustafa Al-Kazemi to hold a new round of dialogue, in which the political parties would gather, to discuss the possibility of dismantling the political crisis in the country, and finding solutions.

This is taking place at a time when the political scene in Iraq is still blocked , and opportunities for dialogue between the two sides of the political equation “ the Sadrist movement ” and the “coordinating framework” have diminished, amid the failure of all the initiatives put forward for dialogue during the recent period.

According to a government source who spoke to “Al-Araby Al-Jadeed”, on condition of anonymity, Saturday, “Al-Kazemi made contacts with most of the political parties, in an effort to pave the way for the possibility of holding a new round of political dialogue,” noting that “Al-Kazemi’s move was widely accepted by most parties.” Except for the Sadrist movement, which did not specify a clear position on it.”

The same source indicated that “Al-Kazemi seeks to hold the session next Monday,” stressing that “he is waiting for the Sadrist movement to respond to his initiative.”

Al-Kazemi had sponsored a round of dialogue that took place on August 17 last, attended by leaders from the “ Coordination Framework ” coalition and other forces, as well as the United Nations representative in Iraq, Jenin Hennis-Plasschaert, while the “Sadr movement” was absent from her, which caused the failure of the round that was held. It had no output.

The “Coordination Framework” alliance, which is an ally of Iran, is pressing towards the possibility of dismantling its crisis with the “Sadr movement”, in order to obtain the opportunity to form the new government, which is rejected by the “current”.

Earlier, the leader in the “framework” Saad Al-Mutalibi called on the moderate political leaders to “double their national efforts and search for a real way out that satisfies the conflicting parties,” noting in a press statement that “with the exhaustion of all opportunities to achieve comprehensive national reconciliation between the political parties, we hope that Moderate leaders search for national solutions for the gathering of political leaders to open the door to constructive dialogue and a new page of relations and joint work to choose a strong government capable of advancing the country.

He stressed, “the need to redouble efforts and search for a real way out that satisfies the opposing parties.”

Iraq is experiencing a period of relative calm, following the decision of the leader of the “Sadr movement”, Muqtada al-Sadr, to end the sit-ins of his supporters inside the Green Zone, after armed clashes between his supporters and the security of the “Popular Mobilization”, last Monday, which left dozens of dead and hundreds wounded, while the “Framework” coalition is hesitant Coordinating Committee” by heading towards his desire to start the steps to form a government.

Clashes erupted after al-Sadr retired from politics, as hundreds of his supporters demonstrated inside and outside the Green Zone and in other provinces, and clashed with the security of the Popular Mobilization, which caused the deaths of dozens of demonstrators and wounded hundreds, amid security confusion.

The country is experiencing the longest crisis of its kind, as differences between the political forces have prevented the formation of a new government since the last elections that took place on October 10, 2021.