Al-Kazimi’s first mission .. An American report reveals the seriousness of what awaits the Iraqi government

Al-Kazimi’s first mission .. An American report reveals the seriousness of what awaits the Iraqi government 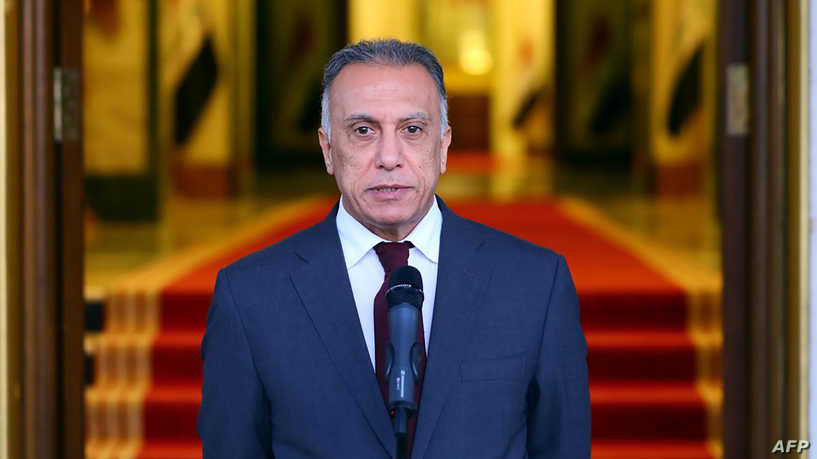 Follow-up – Mawazine News
, the American Foreign Policy magazine, in a report published today, Tuesday, said that the new Prime Minister, Mustafa Al-Kazemi, is facing challenges to impose reform gradually in the country, and believes that the Iraqi government faces serious challenges it has to deal with.
The magazine notes, “Serious challenges have been caused by political elites over the past two decades competing for power, forgetting the interests of the people, which led to a popular revolution in which street forces were able to prove themselves and demand the isolation of the ruling political class.”
According to Foreign Policy analysis, “Al-Kazemi now faces internal and external challenges, as Iraq suffers from an internal health crisis due to the emerging Corona virus, and a security crisis due to fears of the return of the ISIS terrorist organization, not to mention an economic crisis, whether with what people suffer internally or because of low prices Oil that will reduce treasury revenues. ”
The analysis indicates that “the new prime minister will not be revolutionary and reform the system once or that he will deal with the principle of authoritarian man, but he is seeking a gradual reform of the internal system.”

The first task
The analysis adds that Al-Kazemi’s first mission will be to bridge the gap between citizens and political elites on the one hand, and reconciling political elites with each other on the other hand, which means that he will lead a reform based on balance within the current situation.
The magazine says that Al-Kazemi is not the only prime minister to come up with a comprehensive reform program, but his early days reveal complex challenges that he will face during the current period, in which Iraqi President Barham Saleh must cooperate with him in order to ensure the implementation of the desired reforms.
Saleh had a major role after the period in which former Prime Minister Adel Abdul-Mahdi resigned in order to choose a replacement for him, as many candidates rejected.
Al-Kazemi’s first strategy, I sought to persuade the demonstrators that he listens to their demands and represents their voices, so that he does not fall into the trap of losing confidence in the Iraqi government and that it lost legitimacy during the past years. These steps were taken by Al-Kazemi after he took office.
The new Prime Minister also set up a committee to investigate all the killings and imprisonment of demonstrators that occurred over the past few months.
Even with the approach to selecting ministers, Al-Kazemi adopted a new approach. Instead of waiting for nominations from parties and political forces, he sent the names of the candidates to mix them with them and they had the option to approve or object to them. Finally, he sent the list ready to the House of Representatives.
But Al-Kazemi made sure that the sovereign ministries such as Defense and Interior receive the well-known names in the country known for their proficiency in work and not because they belong to certain parties or forces.
Although he rejects corruption associated with the system, he must find broad implicit understandings with the parties in order to proceed with his first and most sensitive mission and pursue a reform strategy that is key to the demands of the street, and reforms that affect the laws of political parties and fair parliamentary elections. Ended 6/6 n