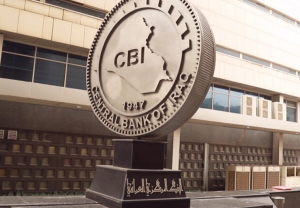 For about 3 weeks, Iraq has witnessed an economic stagnation in the local markets as a result of the fluctuation in the exchange rate of the Iraqi dinar against the dollar. Although the Central Bank of Iraq sells one dollar for 1460 dinars, the black market witnessed a decline in the value of the dollar to about 1450 dinars due to rumors that speak of the government’s intention Returning the dollar exchange rate to its previous position (1182 dinars to the dollar) before changing it at the end of 2020, which led to a large wave of selling the dollar in the hope that sellers would make profits if the exchange rate was changed again.

And the Central Bank of Iraq had reduced the value of the Iraqi dinar in late 2020, in a step aimed at the time to compensate for the decline in oil revenues as a result of the global closure due to the outbreak of the Corona virus, while enhancing the government’s ability to meet its financial requirements in paying the salaries of public employees in the country.

Economic stagnation
The majority of the political blocs had called during the last legislative elections and beyond, to restore the price of the Iraqi dinar to its previous position, especially the political blocs that nominated the current Prime Minister, Muhammad Shiaa al-Sudani, for the position, who had also called for that during the past months.

These calls led to the fluctuation of the exchange rate of the dinar, as the Iraqis believed that the arrival of the Sudanese to his position would certainly lead to a change in the exchange rate, which was confirmed by Zaid Al-Sarraj, one of the merchants of the city of Mosul (north), who added that the fluctuation in the exchange rate led to economic stagnation in various sectors , with people’s fear of buying and selling operations, pointing out in his speech to Al Jazeera Net that all the joints of life were affected by the radiation that has not ended yet.

This applies to the rest of the Iraqi cities, in the city of Erbil (the center of the Kurdistan region of Iraq), the markets are witnessing an uncharacteristic slowdown, and this is confirmed by Sarbst Muhammad, one of the car dealers in the city, who spoke to Al Jazeera Net that “for about 3 weeks we have been suffering from a decline in buying and selling with the impact of All major sectors are rumored, such as the housing sector, which has witnessed a recent decline in prices due to the instability of the dollar exchange rate.

Possibility of changing
it Central”, the street fears have not subsided yet, and the exchange rate in some Iraqi cities is still recording price rates lower than what the dollar is sold at in the currency auction in the capital, Baghdad.

Despite Al-Sudani’s assertions that the authority to change the exchange rate rests with the Iraqi Central, the tweet of Nuri Al-Maliki, the former Prime Minister and head of the State of Law coalition (the largest forces in the coordination framework) last Wednesday returned to reinforce the rumors, as Al-Maliki demanded to reduce the exchange rate of the dollar to 1375 dinars instead of 1450 per dollar, in order to pay the damage to the national economy and the citizen, according to his tweet.

For its part, the Central Bank of Iraq was quick to respond to Al-Maliki’s proposal to cut off the path to calls to reduce the exchange rate, as local media published about the bank saying, “There is no intention to change the exchange rate of the dollar against the dinar at the near and long level, and any manipulation of the exchange rate will have significant negative consequences.” on the Iraqi economic situation.

In the meantime, economic expert Safwan Qusai believes that the current exchange rate change will cast a shadow over those who have obligations in the Iraqi dinar, such as the Central Bank, the Ministry of Finance, traders and investors, and that the Central Bank is well aware of this .

Speaking to Al Jazeera Net, Qusay comments, “Before making any change to the dinar exchange rate, the government must diversify the Iraqi economy and compress operating expenses by no less than 20%, and then study changing the exchange rate again,” adding that the statements and rumors that were circulated confused the market. And it influenced the decisions of many traders in concluding business deals with abroad.

For his part, the financial and economic expert, Basem Jamil Antoine, confirms that the rumors are almost over, especially after the assurances of the Central Bank to stabilize the exchange rate in order to maintain the stability of the Iraqi market, explaining that the white paper adopted by the Ministry of Finance during the era of former Prime Minister Mustafa Al-Kazemi has determined the stabilization of the exchange rate. For a period of 3 to 5 years.

Bassem Jamil Antoine, Vice President of the Association of Iraqi Economists, the
reasons for the impact of the market, and
there are many reasons that led to the impact of the Iraqi market on the possibility of changing the exchange rate, despite the assurances of the Central Bank. The main causes of market volatility and its impact.

He pointed out that the other reason is the great benefit achieved by speculators in the currency market as a result of people being affected by rumors and resorting to selling their dollars in the hope of making profits after reducing the value of the dollar in the country.

Antoine concluded that any change in the exchange rate may lead to great economic chaos in the Iraqi market, especially since there are very large financial transactions that are paid in deferred cash, which may cause this chaos to expand to many areas, even clan ones, he said.

In turn, the economic researcher Salam Sumaisem warned that the decision to reduce the currency rate may cause the Iraqi economy to lose no less than 52 trillion Iraqi dinars (36 billion dollars), noting that such decisions should not be taken arbitrarily or emotionally, as she put it.

She added in her speech to one of the local media that the economic indicators in Iraq do not support any need that requires adjusting the exchange rate, warning that there are monetary and financial tools in the possession of the government that can be used to reduce the effects of inflation and help the poor classes.

Commenting on this, the economist Safwan Qusay believes that the Sudanese government may resort to investing 6 billion dollars in helping low-income people such as those with social care, while strengthening the vocabulary of the ration card (a food card through which the government distributes some types of dry food to Iraqis).

Last Monday, the Federal Ministry of Finance announced the start of preparing the budget law for 2023, and the Iraqi News Agency (INA) quoted the financial advisor in the ministry, Abdul Hassan Jamal, that “the dollar exchange rate adjustment is within the government’s policies, and the Council of Ministers is the one who makes the decision, but in The budget has not yet been presented.