How Iraq’s budgets contribute to the spread of corruption?

How Iraq’s budgets contribute to the spread of corruption? 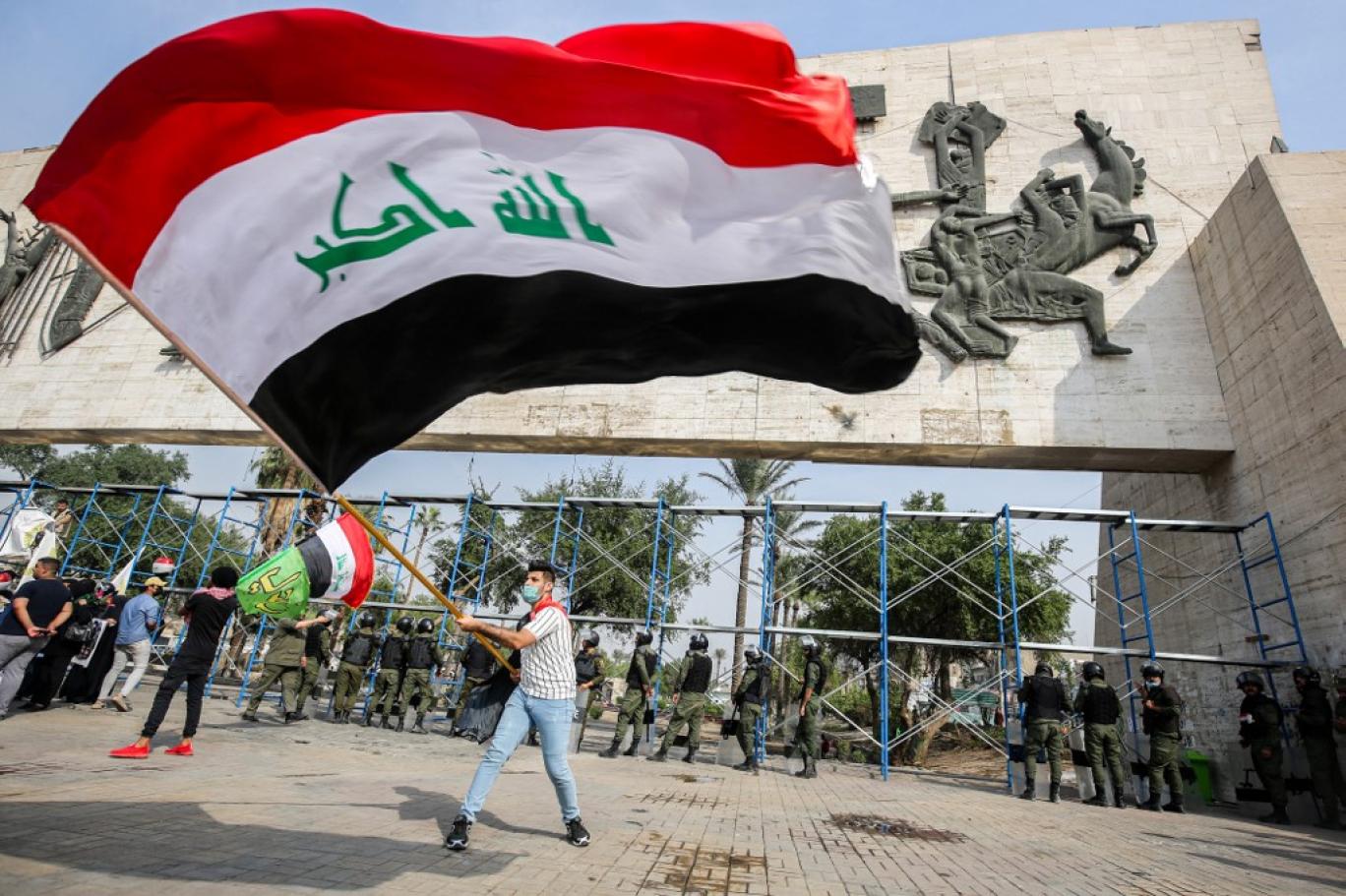 Eight governments have run Iraq since 2003 after the occupation, four of which came during the presence of the American forces until their departure in late 2011, and the signing of the Sofa agreement for cooperation to keep the “ Sawiya ’s hair ,” as politicians in Baghdad describe it between local and American politicians, which has been subjected to attempts to cut repeatedly, With the bombing of the Washington embassy and the military forces, and the killing of dozens of soldiers and officers, to begin a phase described as a consensual, democratic federation, during which the country’s budgets were distributed among the parties that toppled the former regime, and the permanent constitution was written with an endless stream of criticism from partner and opposition parties, especially from the Sunni component and many Shiites , And Reda Kurdi drafted the constitution according to his whims and interests.

The annual financial budgets, which enjoyed an abundance, multiplied several times due to the increase in oil production and the rise in its prices, which reached 120 dollars per barrel, and enabled governments to free government appointments, which reached unprecedented inflation and accumulation of nearly six million employees, extracting what is It is more than 60-70 percent of the country’s budget, which is described as operational, which has resulted in the phenomenon of “space employees”, a popular term for the fictitious employment of people close to the parties in power, and they are just designations for certain people in the state that do not exist in reality, and others are unemployed Work, registered in the payroll without performing a role or a ceiling in productivity, classifies Iraqis as disguised unemployment, which deprives budgets of huge sums, as if government employment with the motives of winning electoral votes was practiced by all sects quoting the distribution of roles in the three authorities.

There are thousands of people who are classified as multi-salaries, as a result of the transitional legislation that prevailed after 2003, which favored a certain segment of followers, loyalists and supporters of power, which resulted in the phenomenon of extreme disparity in financial incomes, which enriched some and impoverished the majority.

who is in Charge?

Towards the end of each year, the Iraqi government presents the annual spending budget, which the Council of Ministers discusses at length to determine spending priorities on state activities.

The writer Hussein Hamed said, “If you ask most of the representatives: What are the functions of the parliament, the answer will come (legislation and oversight), but the shocking answer that these members do not know is that the competence of the parliament is the financial and the legislative, while the oversight role is a subsidiary jurisdiction, because the budget is an absolute jurisdiction of the authority. The legislative role, as for the government’s role, is to prepare budget data only.”

But this matter is not actually done in the way he mentioned, because the budget is going in reverse, when governments deliberately seized the decision to prepare the budget and presented it to the Council for approval, which created a huge space for the executive authority to control public money and direct it according to its interests and needs without the need for the legislator’s control. In a system that adopted the parliamentary method, not the presidential one, according to the effective constitution approved in 2005.

Adviser to the Iraqi Prime Minister Mazhar Muhammad Salih explains the phenomenon of politicians’ interference and their biased control in setting the general budget and stealing the role from economic specialists by saying: “The majority of politicians tend to jobs and businesses that generate high revenues for them and improve their personal well-being, as (Buchanan) says the economist , at the expense of the general budget by virtue of their legislative powers, and this leads over time to the expansion of the scope of the general budget as long as they constantly need to be re-elected. Rather, those politicians go to provide government jobs to their supporters, and expand the scope and multiplicity of government jobs to provide job opportunities for them in an attempt to win their electoral votes during subsequent sessions, and to maintain their political weight.”

Saleh said, “This is how the government financial system is biased towards the principle of (large budget) in allocations and trading activities, which puts governments in front of complex difficulties in making financial decisions, which requires more experts to delve into intractable public finance problems. Thus (Buchanan) called Keynesian economics ‘disease’, or rather, ‘Keynesian disease’, which leads to ends which undoubtedly require a limitation of the irresponsible conduct of politicians, and constrain them to act in a disciplined fiscally responsible manner.

He added that “the Keynesian school is what made politicians far from the principle of balancing the public budget, and immersed in the fiscal deficit. (Buchanan) also departs with his idea of ​​hostility to the political dimensions of the (post-Kenyanese) school. Saleh believes that “future generations in Iraq will bear the budget deficit, which requires them to pay more taxes and bear many tax burdens in a way that the interest returns granted on government bonds, under which they loaned governments, are not compensated by, which is called Ricardo’s equivalence. As I (Buchanan) sees and believes that leaving governments without constitutional restrictions will excessive financial behavior, and become trespassers on public money, and comes at the forefront of these demands constitutional restrictions by adopting the principle of a balanced budget, on the basis of which public finances restore health, purity and integrity.

Mazhar asserts that “the problem in Iraq also lies in the final statements, which have not been issued yet, and they are the real source of our information about the extent to which the budget is adhered to or not.”

Inability of budgets to implement their goals

Regarding this paragraph regarding the feasibility of budgets, and if they match the objectives of their allocation in investment spending, the Iraqi presidential adviser told The Independent, “Unfortunately, investment budgets over two decades have not been able to implement their material and financial goals by more than 28 percent annually, for the best productive sectors And the infrastructure sectors, with the exception of the oil extraction sector, which was linked to the rounds of licenses and service contracts that are paid for directly with crude oil.

Based on the foregoing, operational budgets acquired the share of the investment budget through the annual expansion of operational spending, with the aim of managing government jobs, which are of a service-consumer nature only, and the “compensatory budget” replaced the “compensatory budget” in the interest of expanding the number of workers in official jobs, as the relatively high government wage became Available or allocated in part to fill the cost of the shortage in infrastructure services, which was generated by investment spending, which was not achieved sufficiently and planned, by providing the opportunity for state employees to compensate from their salaries for the shortfall in social services and general public goods, such as schools, hospitals, hygiene and electricity water, and others.

Borrowing and its accumulation

The current crisis in Iraq lies in the absence of the governmental authority empowered to present the budget to Parliament for approval. And government spending as a result of the current political blockage. The government has no authority to present a budget, and it has no right to take advances from the financial surplus, due to the rise in oil revenues, and after the constitutional amendment of the Financial Management Law.

The economic advisor to the Prime Minister comments on this that “the government cannot borrow or take advances outside the constraint of the first of December, and if that was possible, the problem would be basically solved without resorting to emergency law or even having a budget in the first place. The advances withdrawn without documents, which are made Settling it later requires the existence of a budget law, as these are wrong interpretations taken from one of the paragraphs of the Financial Management Law No. 6 of 2019, amended regarding dealing with advances, and if things are that easy, which some imagine, why then go to the emergency law, but it is possible Making arbitrary allocations and paying them with an advance check and directly disposing of the surplus reserves that the government currently has in advance.

Saleh confirms the fact that there are accumulated unreconciled advances from previous budgets, which indicates the government’s inability to liquidate huge financial assets. He said that “the accumulated unreconciled advances from previous budgets amounted to approximately 140 trillion Iraqi dinars (about 96 billion dollars), 70 percent of which are withdrawn from the exchange units and there are no fundamental documents, and this is one of the reasons for the failure of the state’s final accounts since 2021. Because of the withdrawal of advances under the previous Financial Management Law before it was amended in 2019.”

The former Minister of Oil, Jabbar Al-Luaibi, who was interviewed by The Independent Arabia, believes that the problem in the Iraqi financial budgets lies in another dimension, which is a feasibility study and the proceeds of the allocations that were made to ministries and departments and approved for government sectors, and where were they spent and how? Especially in the investment and not the operational aspects of salaries, and what results have been achieved, after the end of the year, that is, the grantor of the allocations does not pursue the feasibility of their implementation and what the objectives of their allocation have been achieved.

The bitter truth that economic specialists realize is that Iraq needs decades to verify the outlets for spending its budgets and to prosecute corrupt politicians and their followers who have missed growth opportunities in light of the oil financial boom and billions of budgets.