Devaluation of the currency..and its repercussions on the Iraqi economy

Devaluation of the currency..and its repercussions on the Iraqi economy 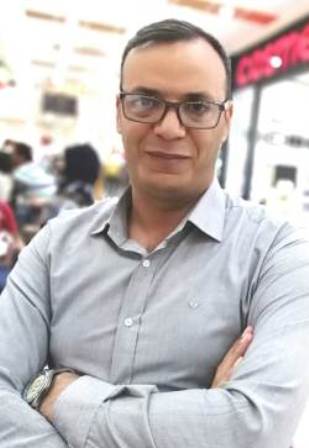 Dr. Bilal Al-Khalifa || The increase in the exchange rate of the US dollar against the Iraqi dinar has been raised since the end of last year, and the Federal General Budget Law was finally approved at an exchange rate of (1460). One of the benefits of increasing the exchange rate is to prevent the leakage of hard currency, especially the US dollar, outside Iraq, in addition to supporting the local product of industry and agriculture, as well as increasing the state’s ability to pay salaries and reduce the budget deficit. Their evidence that raising the currency is to reduce its leakage outside the country is the figures published by the Central Bank of Iraq and the decline in sales significantly from 250 million dollars per day to 50 million dollars per day. We note in the past months that sales of hard currency in the Central Bank began to rise again, until it reached 250 million dollars per day, as it was before the devaluation of the exchange value. It is also strange that the exchange rate also rose with the increase of the central bank in its sales of hard currency (the dollar) and it was supposed to decrease as a result of its abundance, and we also note that the value of the dollar in the market is slightly higher than the price set for it. This step has benefits and disadvantages, especially for the first and last affected citizen, and we have talked about that in more than one article. But after the return of the increase in sales, this shows us the following 1 – that the increase in the exchange rate of the US dollar failed to achieve one of its very important goals, which is to prevent the diversion of the dollar outside Iraq and the exploitation of the direct sales window to launder the money of the corrupt by buying trivial, fake and big things, and an example of That is the purchase of (Al Nabq, for $90 million, according to a statement by one of the officials). 2 – The other goal of increasing the exchange rate of the dollar against the Iraqi dinar is to support the Iraqi industry and the local product, but unfortunately the local product of the Iraqi industry has also increased, as a result of that industry’s dependence on raw materials imported from abroad and in hard currency, and an example of this is the price of The champion of local oil, which also rose, because local factories depend entirely on imported raw materials. 3 – The decline in the sale of the dollar by the Central Bank is the result of traders’ fear of the decline and rise of the dollar, and therefore they acted in the previous months with what they owned of the dollar. 4 – The World Bank recommends raising the price of the dollar to 1600 Iraqi dinars, and therefore the increase in sales may be another scenario or a prelude to raising the exchange rate again, but next year so as not to be an uproar and for the Iraqis to forget to raise the current exchange rate. ** Recommendations 1 – Activating the National Product Support Law 2 – Adding fees and taxes to products that have a local competitor from agricultural, industrial and other products 3 – Controlling border crossings, especially the northern ones, as we noticed in the previous period that the government decided to prevent the import of some goods, but the region He did not abide by the decision, and therefore those goods entered via the north. 4 – Great interest in the agricultural and industrial sector through investment 5 – Extension of security and protection of the investor from extortion and bribery that are taken from him in the event of applying for an investment license by opening a single window to simplify procedures and reduce time. 6 – Protecting the investor from blackmailing the economic committees of the parties 7 – Supporting some important matters by selling the dollar to them at the old price, with an emphasis on the places of exchange for them, including: A – the raw materials that are used in the manufacture of consumer goods necessary for the Iraqi citizen, thus ensuring that the price of the Iraqi citizen does not rise The national product, for example, is sugar and oil. b- Necessary imported consumer goods that enter the daily life of the citizen, such as rice and flour. C – Medicines and materials, such as medicines, so as not to harm the poor citizen