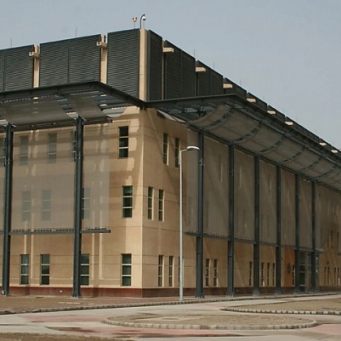 Whether the decision to close the embassy was taken or not yet, it is certain that the US administration has sent strong messages to the Iraqi government and the forces of the political process in Iraq that the Americans have run out of patience towards the continued striking of the embassy and other American and Western interests in Iraq. And that the Americans are no longer able not to respond any longer. The evening of September 27 was an initial rehearsal to get acquainted with the Iraqi political and popular reactions towards the American escalation attempt that the administration had waved over the past days.

Iraqi media sites and platforms have been ignited by news of the US ambassador leaving Baghdad and closing the embassy, ​​and perceptions of some reached the point of waiting for President Trump to announce in his extraordinary press briefing on Sunday evening, September 27, the US decision to close the embassy, ​​attack Iranian-backed militias, and even impose sanctions similar to the US sanctions imposed on Iran.

Although Trump’s press conference ended without even referring to Iraq, the political elites and popular circles in Iraq are still very concerned about the possibility of closing the embassy and the consequences that may not be limited to attacking sites and leaders of Shiite militias, but also to place Iraq under the pain of US sanctions. This reminds Iraqis of what may be their worst nightmare that they experienced in the modern era, which is the economic siege that lasted for the twelve years that preceded the fall of the former regime.

Just hinting at this possibility created a great wave of panic in Iraq, although this option would not be in the interest of the United States, because it simply means America’s acceptance of the final abandonment of Iraq and placing it in one basket with Iran. This definitely means losing everything that America invested in Iraq over the past decades! Nevertheless, the reason for this fear among Iraqis at this possibility is what they previously experienced of harsh economic and political sanctions on all aspects of life.

This is particularly true, given that Iraq no longer has a sizeable industrial and agricultural base that enables it to adapt (relatively) to the consequences of the blockade, as Iraq is now much weaker economically than it was in the 1990s. The Iraqis, who are concerned about Iran’s domination of their capabilities, fear that such a US decision to place Iraq with Iran in one basket will lead to the end of any hope they have for the improvement of the situation and the restoration of their sovereignty controlled by Iran to a large extent, and this is another nightmare that is no less terrifying than a nightmare. Economic and political blockade in the 1990s.

If the two decades of the eighties and nineties led to the first wave of Iraqi immigration, and the first two decades of the second millennium created a second massive wave of displacement and migration, then the possibility of new US sanctions on Iraq would undoubtedly lead to a third wave of Iraqi immigration that may not be less than that created by the occupation of ISIS For Sunni areas in 2014. This is in addition to the potential for political and social chaos that the deterioration of the economic and political conditions will create, which may lead to the secession of certain parts of Iraq, the first of which is Kurdistan, and the second may be the Sunni areas.

According to information coming from Washington, the US decision to close the embassy is ready, if not actually taken. The likelihood is that this decision will lead to the withdrawal of all American diplomats and contractors from Baghdad and the rest of the militia-controlled areas, which reduces the likelihood that they will suffer losses if the Americans decide to attack these militias. It seems that the Americans assume that these attacks, which will be launched by the American forces, will be welcomed (undeclared) by certain Iraqi parties and ignored by other parties, including official Iraqi parties. After the recent missile attack on the Harir base in Erbil, which wants to deliver a message that the Americans will not be safe from militia fire, even if they leave Baghdad, keeping the Americans in Iraq from any potential danger will be a top priority before starting any military action by the American army.

The easiest and best solution, as it appears now, to avoid this from happening is for the Iraqi government to take control of the militias and their weapons and stop attacks on US interests. Although this may seem difficult in light of the limited capabilities available to Al-Kazemi to eliminate these militias, the following factors may greatly benefit Al-Kazemi in his confrontation with the militias if he is serious about them:

1. The religious authority in Najaf supported this approach, especially after the statement issued by Sistani’s office a few weeks ago after his meeting with Jeanine Hennes-Plasschaert, the Special Representative of the Secretary-General of the United Nations in Iraq.

2. The great popularity that Al-Kazemi has become, as the latest opinion polls I conducted recently indicate that about 80% of Iraqis, more than 70% of whom are Shiites, have a very favorable or preferred opinion of Al-Kazimi. At the same time, the same polls indicate a significant weakening of the popularity of these militias in the Shiite regions.

3. American and international support for the need to get rid of the influence of militias in Iraq, especially after their attacks extended to infect other non-American missions and interests. In the event that the current US administration changes, Al-Kazemi may lose any possibility of obtaining American support similar to what he may get now.

The factor of time works in favor of the militias and not in the interest of Al-Kazemi and his government, so any delay for me to take a decisive decision towards these militias may make the Americans move militarily to take the initiative. In the event that this happens, the possibilities of political and economic chaos that I referred to above are very possible and it will be difficult to stop its dangerous repercussions.

But the reality indicates that this possibility – if it happens – will lead to Iran moving all its media, political, as well as military arms inside Iraq, making Al-Kazemi between the Americans’ hammer and the Iranian anvil and making it difficult for him to support or remain silent about the American attacks. And if he is forced to denounce these attacks and demand that they stop, he risks the possibility of angering the Trump administration and placing Iraq in the same basket of dealing with Iran.

What may make matters worse is the possibility of responding by the militias and those who support them militarily to the American attacks, and this may force the Americans to send more forces and create great complications for the next administration of the White House, even if it is democratic. Consequently, the prospects for reforming matters (as the Iranians and their followers hope in Iraq) with America after Biden’s victory will also be very complex and difficult in practice, which heralds the prospects of a long military and political confrontation between America and Iran on the soil of Iraq and bringing Iraq into a dark and long tunnel.