The Strategic Framework Agreement … a decade of missed opportunities

The Strategic Framework Agreement … a decade of missed opportunities 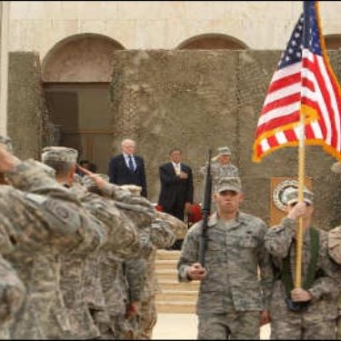 The Strategic Framework Agreement was considered one of the most important political documents in the history of Iraq, and great hopes were built upon it, being a document that defined the relationship between Iraq and the United States of America, and ended an era of direct occupation after the war launched by America in 2003. The United States of America linked Iraq with a relationship of friendship and strategic partnership Long-term, and left a common alliance that preached enhanced security and lasting stability in Iraq.

History has witnessed similar experiences to the experience of Iraq with the United States of America. There are large countries, the first of which is the United States, which has invested alliances and built a network of relationships with partners around the world in securing the greatest interests. Such agreements had a major role in achieving them, and the experiences of Japan and Germany with the United States of America were represented after The Second World War was the most successful experience in this field, and they are today in the ranks of the great developed countries. The Strategic Framework Agreement was expected to achieve in Iraq what similar agreements have achieved in other countries, or at least reduce poverty and end fear.
Iraq emerged from a devastating war that affected the state and its founders, an occupier, mired in a fierce civil war, penetrating security, surrounded by major political, economic and social crises fueled by the conflict of conflicting wills. The United States of America took the decision to withdraw before the completion of the American project in Iraq, and the coalition was a necessity for the interest of security after the escalation of violence and the increase in material and human losses.

At that time, Iraq was confined to two options, either: removing foreign forces and staying under the rubble of war, terrorism and the machinations of foreign agendas, or maintaining a good relationship with the United States of America and building a strategic partnership with it. The Iraqi government was not able to manage political chaos and lived crises, and it needed To a strong ally who offers it a helping hand to survive the thwart of sectarian conflict and terrorism.

The strategic alliance between Iraq and a country the size of the United States of America represented a real opportunity to move in the state of Iraq, to ​​achieve growth, development and progress by benefiting from American expertise and aid, and to achieve political openness and economic progress after years of isolation, siege and war.

The agreement was based on a common interest “mutual cooperation to ensure security and stability.” The United States of America invested the partnership a way to complete what it could not complete during its direct occupation of Iraq. During which it eased the internal pressures in the United States and the burdens of the confrontation with the Iraqi forces opposed to the American presence in Iraq, as the agreement and the bilateral relationship that emerged from it over more than ten years enabled the United States to grant international legitimacy to its presence on the ground of Iraq as it is based on an existing contract. Between two sovereign states, and the withdrawal while remaining in the Gulf region at the same time. The American withdrawal has greatly reduced the proportion of material costs and human losses. In addition, the United States of America has provided great investment opportunities in the field of oil in particular, control of huge oil reserves, and the acquisition of imports of the military and security agencies in terms of weapons, ammunition and training, which means controlling Iraqi military tunnels. It amounts to 4-5% of the estimated GDP of $ 5.5-6 billion annually, in addition to expanding bilateral trade between the two countries.

The Cooperation and Partnership Agreement with the United States of America provided the opportunity to make a major shift in the reality of Iraq in a way that enhances security and stability in it, by achieving openness to the countries of the world and establishing positive relations with them, receiving support to strengthen democracy and democratic institutions and protecting them from internal and external dangers, and to achieve development through building a prosperous economy And growing and integrated into the global economic system, and the development of Iraq’s natural and human resources. The United States has taken tasks towards Iraq that are embodied in political stability, economic transformation, and security stability, and has promised to build Iraq’s security force, as well as support it in deterring risks, confronting terrorism, and stopping the flow of weapons and training from neighboring countries.

In fact, cooperation with the United States has provided Iraq with various benefits, from ending the direct occupation, achieving relative stability compared to the occupation phase, and liberating itself from Chapter Seven of the United Nations Charter, which opened the windows for openness to the international community and entering a new phase after decades of isolation and siege. Iraq built new relations with countries in the world and revived ties that had been cut for decades. The Iraqi-American partnership created opportunities for economic openness, and obtaining American support in building institutions and security and military forces, in which the United States provided material and logistical security assistance in terms of training, equipment and military equipment, according to reports amounting to 25 – 30 billion dollars, and more than a billion humanitarian aid.

However … he expected more from this agreement than he has achieved so far. We are talking here about political stability, economic transformation and enhanced security, which has not yet been achieved.
Iraq still suffers from political and security breakthroughs by neighboring countries, and is under the weight of economic backwardness and impotence, and democracy in its reality is still locked up, still witnessing levels of ignorance, poverty and unemployment. As a result, Iraq has witnessed various crises that have shaken its security and confused the stability of its people, between repression, terrorism, and crises between political leaders that have reached the point of direct military engagement.

These facts, if anything, indicate the inability of the Strategic Framework Agreement and the alliance relationship that emerged from it to date in achieving Iraq’s interests in terms of security – stability – and development. But this deficit is not linked to the agreement itself or to the nature of the reciprocal relationship with the United States, but is due largely to the failure of Iraqi political leaders to employ the relationship with a superpower the size of the United States of America to achieve development, progress and growth, and then security and stability for the country, which in turn is due to corruption. In the foreground, the policy of sharing gains, and the loss of the approach to work and the focus of the parties to the agreement on cooperation in the military security aspect and neglecting the development side of it.

These shortcomings wasted real opportunities for Iraq, if invested correctly, it might have brought about the expected change, and Iraq might have been in a better condition.