Parliamentary Finance: Iraq borrowed 20 billion dollars until the end of the year … the worst step the government committed

Parliamentary Finance: Iraq borrowed 20 billion dollars until the end of the year … the worst step the government committed 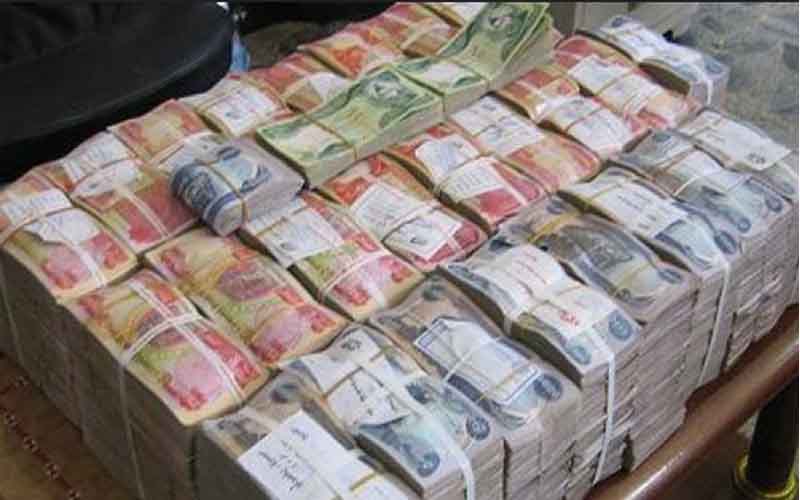 Baghdad – Mawazine News
member of the Parliamentary Finance Committee Abdul-Hadi Al-Saadawi confirmed, Thursday, that the borrowing law passed by parliament yesterday allowed the government to borrow until the end of the current year (for six months only and cannot after that), and with amounts confined to $ 5 billion in foreign loans and $ 15 billion in internal loans.
Al-Saadawi told a local radio, followed by Mawazine News, that “the borrowing law that Parliament passed yesterday allowed the government to borrow until the end of this year (for six months only and cannot after that), and with amounts confined by 5 billion dollars to foreign loans and 15 billion dollars For internal loans, “considering it” the worst move the government has made, but it is embarrassing because of the financial crisis. ”
He added, “These loans will address several topics, the first of which are the salaries of state employees, retirees, and the social protection network, so that they will be safe (without deduction) until the end of the year. In addition to them, those appointed to permanent owners within the owners’ movement in the past year will be added to them, as their salaries will be secured because many of them did not receive them Despite the issuance of orders to appoint them since 2019. ”
He pointed out that “contracts will be contracted by the Ministry of Health with graduates of the past year who have not yet begun their work, for the purpose of benefiting from those energies in light of the need for health cadres as a result of the outbreak of the epidemic, in addition to supporting the health sector by providing the required liquidity and authority to the Minister of Finance to face any emergency that passes The country is in the midst of a pandemic. ”
Noting that “the loans will include addressing the ongoing development projects in the regions so that they do not disappear.”
Al-Saadawi warned, “From a personal point of view, I believe that the government is unable (after the approval of the borrowing law) to send the budget in 2020 to Parliament, in which case the Ministry of Finance and the concerned authorities will prepare to prepare the budget for the next year.”
A member of the Finance Committee said, “The worst step the government committed is the borrowing process – but it is embarrassing because of the financial crisis that is ravaging the country – because the World Bank announced in the Kuwait Conference clearly and explicitly that the continuation of the government of Iraq in external borrowing will lead the country to the collapse of the currency and the financial market alike, The Finance Committee has stopped foreign borrowing completely in last year’s budget, “indicating that Iraq will go through its worst stages as these loans will have profits and benefits and the country must sell oil to meet those benefits and profits.”