Al-Dabouni: Members of the Iraqi negotiating delegation of Abdul-Mahdi’s choice did not ask the Americans to leave!

Al-Dabouni: Members of the Iraqi negotiating delegation of Abdul-Mahdi’s choice did not ask the Americans to leave! 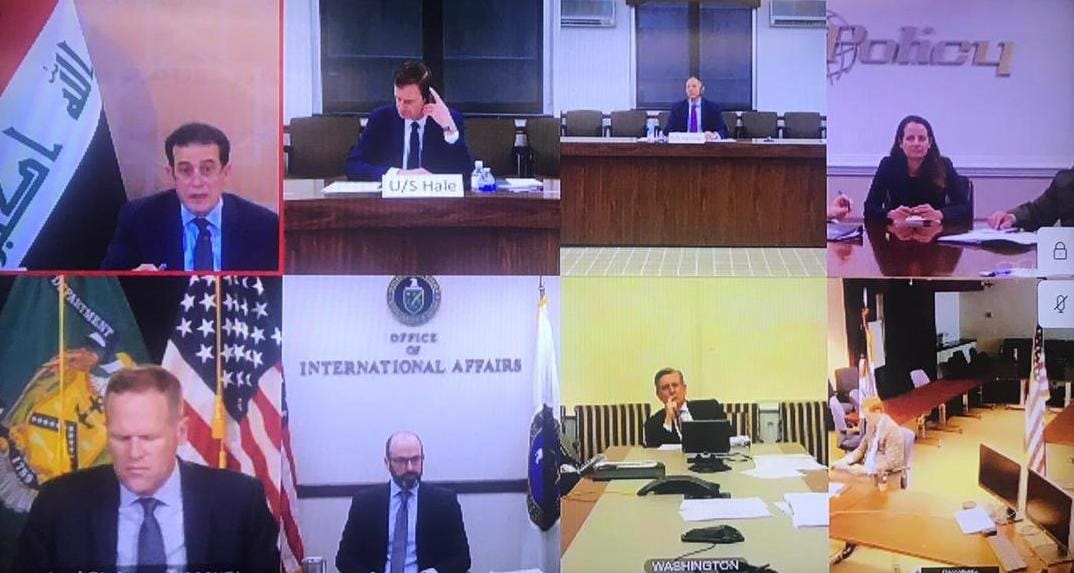 Baghdad – Mawazine News
, member of the political body of the Salvation and Development Front, Khaled Al-Dabouni, confirmed on Friday that the Iraqi negotiating delegation did not go to ask the American side to leave Iraq, pointing out that members of the negotiating delegation to the strategic dialogue with the United States had chosen former Prime Minister Adel Abdul-Mahdi.
Al-Dabouni said in a television interview, “The first negotiating session between Iraq and the United States lasted for two hours. The first witnessed talk about the security agreement, and the second was the strategic framework and other intertwined issues.”
He added: “We are facing introductory sessions in the coming days,” noting that “what concerns us as parties about the Sunni component is not representation, so let them be from the Kurds or Sunnis, and what concerns us is the results that result from these sessions.”
Al-Dabbouni added, “We do not know how these negotiations will proceed. Will it be a similar scenario for 2008 to 2011 when the leader of the coalition of law, Nouri al-Maliki, was alone in the negotiations and built an agreement in favor of a component at the expense of the other components, that is, the ruling Dawa Party.”
He pointed out that “What matters to us is that the results of the sessions are clear, and meetings are held to include all the top political leaders in the country.” “.
Al-Dabouni added, “We are facing a review of a security agreement between Iraq and America, which was planned from the days of former Prime Minister Adel Abdul-Mahdi,” noting that “the members of the negotiating delegation are of the choice of Abdul-Mahdi.”
He pointed out that “our political project does not talk about a component in itself, we are talking about Iraq as a whole, the agreement that took place in the conditions of 2008 differs from the conditions of 2020, but this does not prevent us from talking about that there is an urgent need for the presence of the international coalition forces in Iraq, and we need to strengthen The armed forces, especially the Air Force, are also looking for Iraqi national security, which is difficult to achieve now with the departure of the American forces.
Al-Dabouni expected that “the negotiating delegation did not go to ask the American side to get out of Iraq.” Ended 6/29 n