Government source: The military file will not be a priority in Iraq’s dialogue with Washington

Government source: The military file will not be a priority in Iraq’s dialogue with Washington 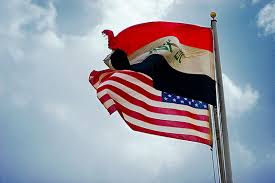 An Iraqi government source revealed today, Wednesday, that the military file will not be a priority in the dialogue with Washington, which will begin tomorrow, Thursday.
The source said to RT that “the files identified by the Iraqi government focus mostly on supporting the Iraqi economy, investment, and cultural exchange between the two countries,” noting that “the military file and the presence of American forces will not often be on the rest of the files, but will be part of them.”
He added, “The main objectives of the dialogue are to review the strategic framework agreement between the two countries signed in 2008, and how they were implemented,” noting “the possibility of concluding new agreements after the rounds of dialogue and negotiations that will be during the coming period.”
A few days ago, an Iraqi source told RT that “the Iraqi team will consist of 20 people in the fields of politics, security, economy and culture,” noting that ”