The dire consequences of the American withdrawal from Iraq

The dire consequences of the American withdrawal from Iraq 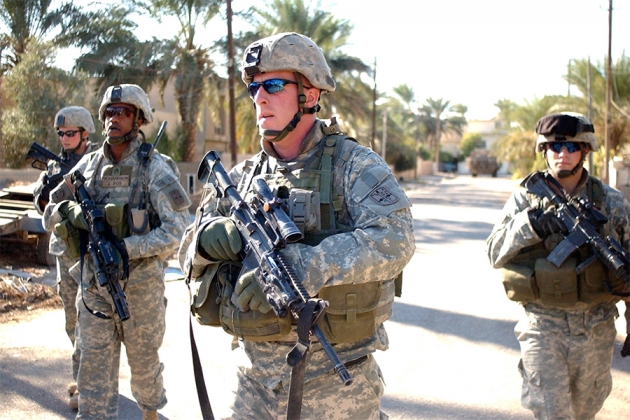 The rapid escalation that followed the assassination of Iranian General Qassem Soleimani primarily threatened shaky US-Iraqi relations. Now, Iraq must decide how to respond, after examining the unintended consequences of any step it might take.

For the time being, the recent vote by the Iraqi government with 170 votes in favor of the departure of American forces from the country compared to zero – in the absence of the Sunni and Kurdish blocs – probably contributed to exacerbating the economic crisis in Iraq, altering the balance of power in the region and deepening political divisions within the country. The Iraqi parliament claims that the United States violated the sovereignty of Iraq by killing Qasim Soleimani and Deputy Leader of the Popular Mobilization, Abu Mahdi al-Muhandis, with an air strike. During the days after the assassination, social media pioneers conveyed a letter of approval stating that the United States may approve the parliament’s decision and begin withdrawing its forces from Iraq, but the Pentagon later responded, describing the letter as a “mistake” and iterating since no decision was taken. Withdraw the American forces. Instead, the US State Department rejected the Iraqi government’s request to withdraw the forces, speaking of “the readiness and the appropriate status of American forces in the Middle East.”

In light of the economy on the verge of collapse and a political system rife with corruption, Iraq should seriously consider the implications of ending the presence of American forces. The Trump administration has warned Iraq that it will respond to the expulsion of its forces by freezing the account of the Iraqi Central Bank in New York, a move it could take under the US Penal Code or when suspected of misappropriating the funds. This step may significantly affect the Iraqi economy, as Iraq maintains the international revenues it generates from oil sales there. Preventing Iraq from accessing its bank account would lead to a depreciation of the dinar, as happened in 2015 – when the United States prevented Iraq from disposing of its central bank account for fear that it would transfer cash to Iran and the “Islamic State”.

The Trump administration has threatened to impose “unprecedented sanctions on it,” after the parliament decided to expel US forces from Iraq. The penal code also prohibits American companies and institutions from investing in Iraq and prevents Iraq from reducing its external debt. Consequently, in the wake of the Iraqi parliament’s vote, U.S. sanctions will increase turmoil and jeopardize any endeavors to improve infrastructure and investment.

It should also be noted that if Iraq becomes more vulnerable, this will strengthen the position of international and regional powers to exploit its economy. In March 2019, Iranian President Hassan Rouhani called on Iran to expand gas and energy trade with Iraq, raising the volume of bilateral trade to $ 20 billion in response to US sanctions on Iran. This increase in trade has given Iran sufficient support to challenge sanctions by exploiting more financial “gaps” in Iraq. Also, the US sanctions will open the door to other regional powers to take advantage of this economic opportunity, similar to Turkey, which will enhance and increase the volume of trade with Iraq. Although the Iraqi government banned the import of food from Turkey to encourage domestic production in July 2019, Turkey will likely fill the void that US companies will leave in the future.

In light of a possible US withdrawal, international actors are seeking a foothold in Iraq in order to boost its regional influence. Iraq and China are expected to deepen their military ties in the near future, as confirmed by the recent meeting that brought together Adel Abdul-Mahdi and the Chinese ambassador to Iraq, Zhang Tao, who revealed the Chinese government’s willingness to provide military assistance to Iraq. Earlier this month, the Iraqi ambassador to Iran, Saad Jawad Qandil, said that Iraq was buying a Russian surface-to-air missile system in order to modernize its defense infrastructure, amid fears of an escalation of US-Iranian confrontations on Iraqi soil.

A complete withdrawal of the United States will only contribute to the emboldening of Shiite loyalists in Iraq and the subjugation of the Sunni community by the Iraqi government, amidst strengthening Iran’s expansionist agenda in the country and throughout the Middle East. Iran has demonstrated its capabilities to do this by controlling the political, security and economic sectors in Iraq – even while American forces have been on the ground. Moreover, Iran managed to extend its influence by acting as a government that remained throughout the predominantly Shiite areas of Iraq. If these trends are not adjusted, they may affect internal conflicts in Saudi Arabia, as was the case when the Shiites rose up in 1979. Likewise, this dispute will likely extend to other Gulf states – like the Emirates, Bahrain, and Kuwait – given society. The great Shiite in it.

Nor will it end the US presence in Iraq, ensuring the country’s security and stability. In early January, the US Central Command announced that it had stopped training Iraqi forces to help them fight the Islamic State and other extremist organizations. The expulsion of American forces from Iraq may support the remaining elements of the “Islamic State” and hinder the fight against other terrorist organizations such as “Asaib Ahl al-Haq”, the Shiite military and political organization funded by Iran.

Likewise, the decision of the Iraqi parliament to remove the American forces will force it to leave the northern Kurdistan region. Many Iraqi Kurds support the military presence of American forces, and their withdrawal may weaken their stance. Given the deeply rooted ethnic and sectarian divisions in Iraq, a large number of American politicians have called on their government to recognize the fully independent Kurdistan region in northern Iraq in response to the Iraqi parliament’s decision. The continuation of this path is considered dangerous, since the lack of trust between the central government in Baghdad and the “Kurdistan Regional Government” will inevitably increase.

During the past three months, the Iraqis took to the streets to express their anger at the continued Iranian presence, something that the Iraqi people associate with the continuing turmoil, the deterioration of economic conditions, and the spread of corruption. The overwhelming discontent among the Iraqi people shows how Iran’s influence campaign in the region faces widespread, disaffected reactions. Iraq must deal with this situation with caution, since the expulsion of American forces will only contribute to consolidating Iran’s grip on Iraq, exacerbating the severity of the current economic crisis, increasing external and internal pressures, and worsening the security situation in Iraq.