British site: America plans to establish a Sunni region under its control in Iraq

British site: America plans to establish a Sunni region under its control in Iraq 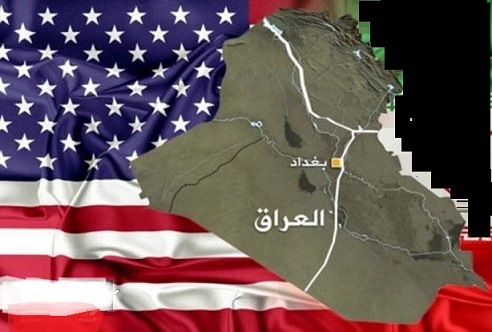 A British website, Monday (January 27, 2020), talked about a political move led by Parliament Speaker Mohamed Al-Halbousi to revive the Sunni region project, in cooperation with the United States, noting that this move came after the uniqueness of the Shiite blocs by voting on the law to remove foreign forces.

The British Middle East website quoted statements from Iraqi and American officials that “the United States is beginning to see its weak influence in Iraq, so in recent weeks it has been promoting the plan to form a Sunni region in western Iraq.”

The officials said to the site, “The efforts of the United States on this matter came as a result of the attempts of Iraqi Shiite parties to drive the American forces out of their country,” noting that “Iraq represents a strategic land bridge between Iran and its allies in Syria, Lebanon and Palestine.”

The website, quoting the officials, indicated that “establishing a Sunni area under American control in western Iraq would deprive Iran of using land routes to Syria and prevent it from reaching the eastern banks of the Mediterranean.”

A high-level Iraqi Shiite official told the website, who preferred not to be named, that “the current efforts to expel the Americans have revived life for this project that was previously proposed,” noting that “creating a Sunni region is one of the options that Washington is studying to counter Iranian pressure.” .

The official added, “The unity of Iraq is no longer one of the priorities of the United States now, and if the Americans reach a dead end regarding the stay of their forces in Iraq, they will work to implement this project with full vigor.”

For his part, a former American official familiar with this project said, “The Americans worked to remove this project from the tractor and put it on the table, as long as the formation of a Sunni region is one of the options of the United States, through which the Iranians cannot be allowed to reach the Mediterranean, or benefit From the ground bridge linking them to Hezbollah in Lebanon, “according to the website.

“This project is American, not Sunni, and the presence of American forces is tantamount to a guarantor and guarantor of the Sunnis and Kurds, and for this the United States, if it is forced to leave Iraq, will form a Sunni region in western Iraq in order to curb Iran’s influence and prevent its weapons from reaching the Middle East,” the American official said.

However, the site added, “Members of the Sunni parliament were encouraged by the recent events in Iraq to search for other options after the vote to remove American forces by Shiites only, and among these options is the formation of a Sunni region with autonomy.”

He added, quoting the sources, that “Sunni politicians met in Erbil and Amman with American officials to discuss options between the two parties,” noting that “the meeting was followed by less than 24 hours after the American Assistant Secretary of State for Middle East Affairs, David Schenker, traveled to Erbil and did not pass. In Baghdad, to meet with a number of Kurdish officials. ”

He added, “Sources confirmed that the American official also met a number of Sunni politicians” to discuss the contents of the parliament’s decision and the concerns faced by the Sunnis.

And the website stated that, “On the same day, Schenker traveled to the UAE, and coincidentally met with Parliament Speaker Mohammed Al-Halbousi, which confirms that Al-Halbousi held a series of meetings in the UAE on January 9 and 10 with a number of prominent Sunni leaders.”

The website quoted a parliamentarian who participated in the Al-Halbusi meeting with prominent Sunni leaders, that “the idea of ​​establishing a Sunni region came as a reaction to the attempts of Shiite forces to make fateful decisions without the approval of the Sunnis.”

Pointing out that “the demand to establish a region was not based on sectarian grounds, but rather according to administrative bases for the development of western regions.” “The attendees agreed to the idea and said they will present it to the public at an appropriate time,” he added.

On the other hand, a number of leaders in the Halbusi coalition said, according to the website, that they are “under pressure from political partners eager to implement the plan and offered them many temptations.”

And the site transferred a statement to the deputy of the Iraqi Forces Alliance, Abdullah Al-Kharbit, saying according to the site that “the discussions on this issue have not been interrupted and their recurrence increases over time”, adding: “When we say we want decentralization in Iraq, this can be discussed, but the issue of federalism or confederation is nothing but Acceptable for us, because it means dividing Iraq.

The report concluded, according to the website, that “all the leading officials of Sunnis and Shiites said that this issue is still just ideas and there was no clear information related to the borders of the desired region or the number of provinces that would be included and the mechanics of solving the problems that will face the plan.”