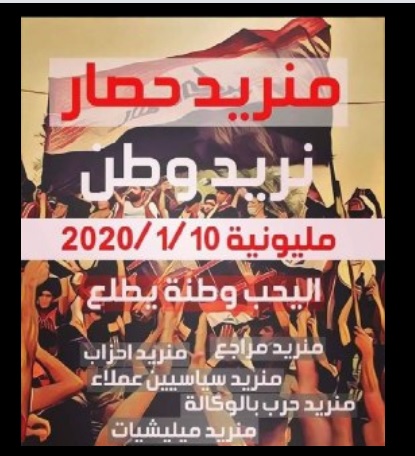 The electronic army of the US embassy and Iraqi activists loyal to foreign agendas began rallying for the demonstrations on Friday, January 10 to support America, refusing to leave its forces from Iraq, and calling for the downfall of the religious authority and the popular crowd.

Pages bearing the name of the demonstrations began promoting posters funded with the slogans: (Mounred Hissar) (Mounjid Mounjid) (Mounjid Ahzab) (Mounid Militia) (Mounid War by Acting), and it was appended by Hashtak calling for the dissolution of Parliament due to his vote to expel the American forces.

But the most bizarre slogan is (political agents desperate), while these groups profess their currency to America, and call to support their forces over the Iraqi forces.