Wajih Abbas reveals the names of candidates for vacant ministries

Wajih Abbas reveals the names of candidates for vacant ministries 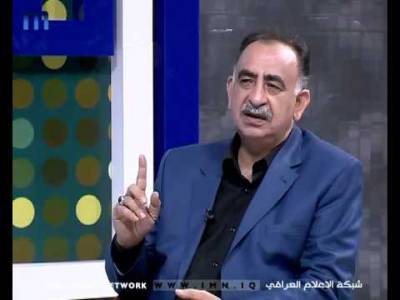 On Tuesday, April 16, 2019, MP Sadikoun Wajih Abbas revealed the names of the candidates for the vacant ministries in the government of Prime Minister Adel Abdul Mahdi.

Abbas said in an interview that “four names were raised for the Prime Minister, regarding the Ministry of Defense they are, Najah al-Shammari, Salah Hariri, Hisham Daraji, and Salim Jubouri, to choose one and send him to the House of Representatives.”

Regarding the Ministry of Justice, Wajih Abbas pointed out that “the name of a judge has been submitted from Kirkuk, and the Ministry of Education, the candidate herself Safana Hamdani.”

The differences between the reform and construction coalition on the defense, interior and justice candidates delayed the completion of the government of Adel Abdul Mahdi, which remained incomplete despite the passage of more than four months to give them confidence.

The Al-Fath and Salloon coalition had earlier formed a six-member committee tasked with dissolving the candidates of the Ministries of Interior and Defense. This committee was able to hold more than three meetings and reached during its discussions to resolve many of the differences on the candidates of vacant ministries.