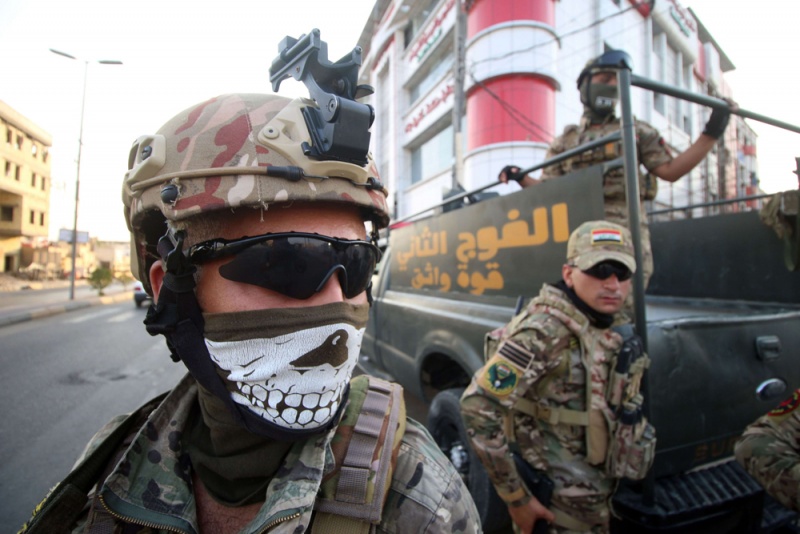 BAGHDAD – Iraqi Prime Minister Haidar al-Abadi has no choice but to push for an emergency government to ensure he remains in office after the end of his constitutional term with the election of a new parliament, as his chances for a new government are low.

The protests in Basra appeared to have dealt an effective blow to Iranian influence in Iraq, when protesters burned most of its symbols in the oil-rich southern province. But the emergency parliament session, which was held on Saturday to discuss ways to respond to protesters’ demands, showed the extent of Abadi’s political damage and his project for a second term.

“Abadi appeared to be indifferent to the events of Basra and its developments,” said deputies who participated in the emergency session. The protesters burned the headquarters of a number of parties that were friendly to Iran and burned the Iranian consulate itself.

Al-Abbadi’s guarantee of American support for the second state project and its reliance on it seems to have angered his main ally, Moqtada al-Sadr, who is struggling with enormous Iranian pressure to withdraw his open support for the Iraqi prime minister.

Sadr has consolidated his position with the position of the Iranian-backed Shiite group, which includes Nuri al-Maliki, Hadi al-Amiri and Qais al-Khazali. The Sadr-backed coalition has demanded a public resignation after its government failed to contain the Basra protests, which float on a lake of oil but lack potable water.

An Iraqi political observer said Sadr had pushed Abbadi to confront his rivals in the other camp, which is completely loyal to Iran alone. He said in a statement to the “Arabs,” “It seems that all the parties have found in the Abbadi as a scapegoat suitable to sacrifice him.”

The Iran-backed coalition picked up the Sadrist signal quickly and increased its momentum by prompting the pro-Hamas media to focus on it.

The team close to the prime minister is leaking news that the United States is ready to support an emergency government led by Abadi, who has full powers to meet protesters’ demands.

Abadi, however, has become confident of America’s hidden promises, betting on an emergency government that does not end the Basra crisis as long as it ends its crisis, at least temporarily.

The complex problem that Abadi will face is that no one will stand behind his turn to declare a state of emergency.

The Iraqi observer attributed this to the fact that his team and the opposing team know very well that no one can provide urgent solutions to the problems that led the youth of Basra to take to the streets in protest and they realize that an emergency government will be an obstacle to Abadi’s failure or not to renew him in a second term.

In spite of the formal separation of the legal status of the incumbency of these positions, as the system of quotas used in Iraq is required to choose the Sunni component internally Speaker of the Parliament, while leaving the Kurds to choose the President, and the Shiites are competent to choose the candidate for prime minister, they are linked politically, One, for fear of overturning any party over others in the event of getting into office.

Parliament is unable to take the first step of choosing a speaker because the Shiite component is divided into two groups, each trying to form the largest parliamentary bloc to win the post of prime minister.

Even days ago, Abadi was betting on Sadr’s support in the face of the Iranian-backed axis. But Sadr’s public invitation to step down on the backdrop of the events in Basra, fluctuating the political balance in the country and to discredit the slaves.

According to observers, the scenario of the emergency government would be the only option for Abadi to remain in office, albeit temporarily.

But the prospect of Sadr’s understanding of the Iranian axis over a new prime minister could disrupt the emergency government’s scenario, especially as Tehran’s allies are ready to support any alternative candidate for Abadi at this time, in which the current prime minister is the spearhead of the US against Iranian influence.

Sources say “Arabs” in Baghdad that “Sadr may resort to the proposal of candidates for the post of prime minister, can be the reference to Najaf Shiite upper acceptance.”

The acceptance of Iraq’s top Shiite cleric, Ali al-Sistani, is crucial to the candidate for prime minister.

Sistani overthrew Maliki, when he tried four years ago to serve as prime minister for a third term, after two terms in 2006 and 2010.

In this context, there are many names to succeed Abadi, most notably Mohammed Tawfiq Allawi, Minister of Communications in the Maliki government, and Emad Al-Khorasan, who served briefly Secretary-General of the Council of Ministers at the beginning of the era of Abbadi.

Both candidates have relations described as “good” with the United States.

For observers, these candidates, who have the confidence of the Shiite authority and the United States, have ample chances in office.

However, the Abadi team is trying to regain Sadr’s confidence, betting on the deep crisis separating it from Iranian influence in Iraq.

Observers expect Sadr to show “limited reluctance” for the option of an emergency government led by Abbadi, given the risks involved in allowing Iran to influence the new Iraqi government.