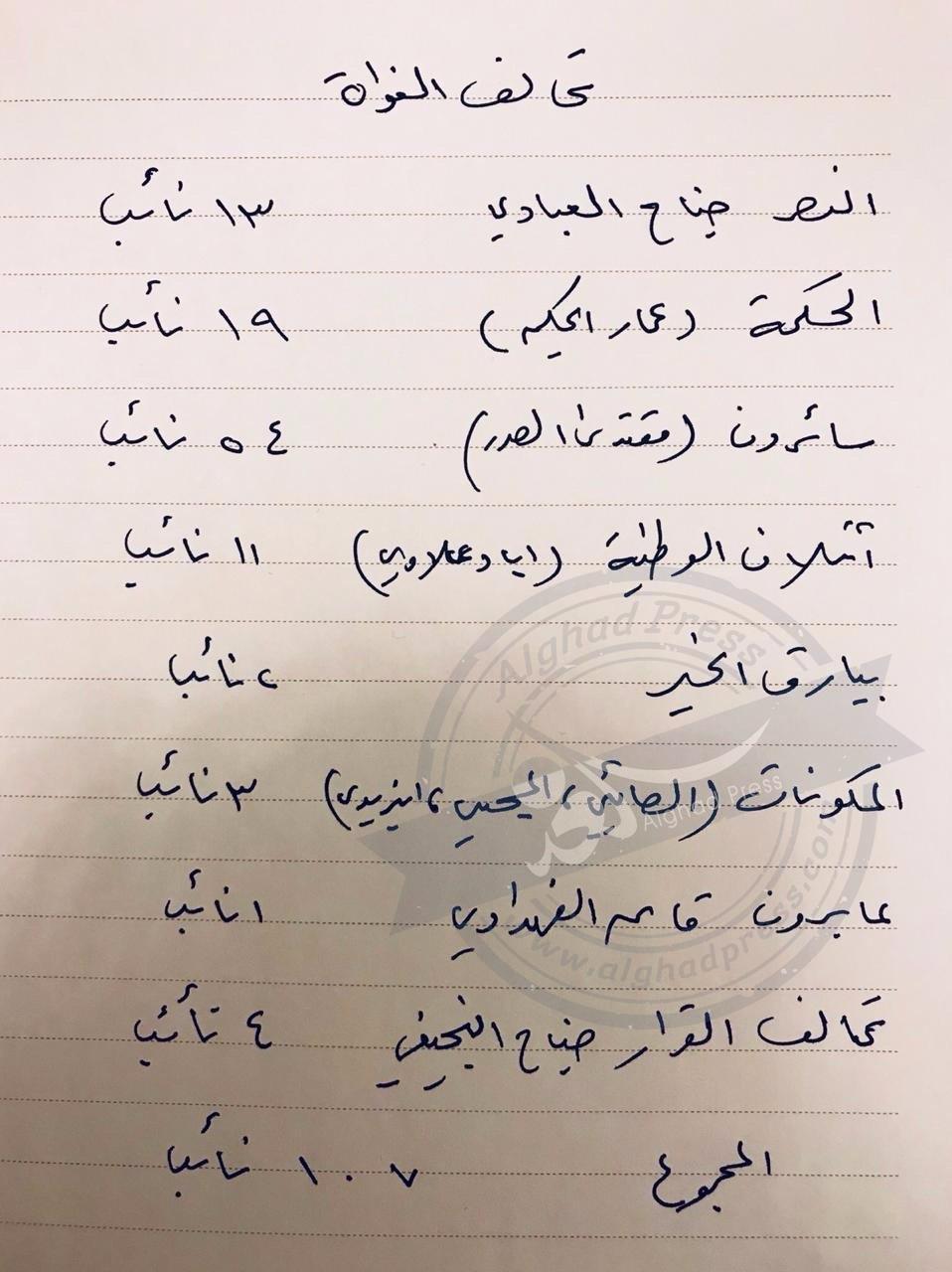 A senior political source on Sunday revealed the “real” number of deputies to the largest bloc.

According to the document, “the number of deputies joining the largest bloc is 107 deputies,” and this is contrary to what declared under the umbrella of the US umbrella that the number has become 177 deputies and this is the first lie, what will make that they formed the government !!!

A group of US-backed coalitions and coalitions that wanted to form the new Iraqi government have long been threatened by the Trump representative. Those who do not come with them have officially declared that they are the biggest bloc.

Later, Qasim al-Fahdawi announced that he would sue the person who signed his name in the coalition of Surun, Al-Hakim and Al-Nasr. He said that he is currently outside Iraq and no one has been authorized to sign with this coalition.