Al-Alusi: Abadi is the closest to the presidency of the next government

Al-Alusi: Abadi is the closest to the presidency of the next government 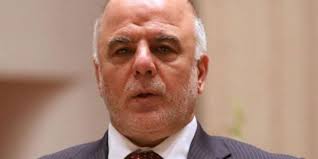 BAGHDAD / The Secretary-General of the Iraqi Umma Party, Mithal al-Alusi, Saturday, decided to resolve the issue of the largest bloc to the alliance, “Sason – wisdom – victory – national”, while pointed out that the current Prime Minister Haider Abadi, the closest to the second term Alusi said in an interview with him today that “the issue of the largest bloc was resolved to Sadr, Hakim and Abadi, and the next government will be from the coalition announced in the Hotel Babylon,” noting that “the current Prime Minister Haider Abadi is the closest to prime minister, and his chances are very large For a second term. “Alusi called on the new government not to be marginalized And to remove Iraq from regional and international conflicts and conflicts, and to remove all those who call for militias. ”