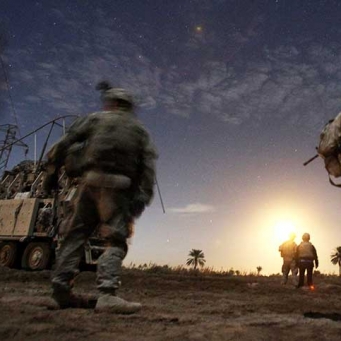 The leader of the “State of Law” coalition, Nuri al-Maliki, is approaching the realization of his political project of the “political majority” and the announcement of the largest parliamentary bloc, which includes the leaders of the political process (Shiites, Sunnis and Kurds). According to observers, the divisions within Sunni, Kurdish, and even Shiite political forces came in favor of al-Maliki, as well as “easy” negotiations with the latter, compared to Sadr.
The political blocs agree that the “nucleus” of the largest bloc set up to form a new government, should be “Shiite”, and on this basis Sadr and Maliki are marathon alliances.
According to the analysis, al-Sadr is “rebellious” to foreign decisions, unlike all the poles of the political process, making it difficult to assume the task of forming a new cab.
The political circles recognize the impossibility of forming a new government “away” from the influence of the external factor, which is a catalyst for Maliki to attract the leaders of the blocs in a unified coalition, in addition to «flexibility» Maliki in meeting the demands of the «partners».
The demands of the Kurds have not changed since the extension of the mandate to the owners of 2010 – 2014, they are aligned with those who give them a share of 17% of the federal budget, and re – deployment of Peshmerga forces in the disputed areas between Baghdad and Erbil, especially oil – rich Kirkuk, in addition to their involvement in the «decision – making» Through sovereign ministries.
The Kurds also did not forget the “law enforcement” plan implemented by the Iraqi Prime Minister, the leader of the Al-Nasr Alliance, Haider al-Abadi, and their loss of Kirkuk and the disputed areas of Salah al-Din and Diyala, not to mention reducing their share of the budget to 12%. Abadi and any alliance that brings them together, according to observers.
Despite the sharp differences between Maliki and Masoud Barzani, but the Kurds prefer Maliki to Abadi, against the backdrop of forcing the last Kurdish Peshmerga forces to withdraw from Kirkuk in mid-October last.
The same applies to Sunni leaders, who seek compensation for the loss of their war-ravaged areas against the organization of the “Islamic State”, on the one hand, and to maintain the post of speaker of parliament and other sovereign ministries, chiefly defense.
The Sunnis trust Maliki’s vision, which is not based mainly on the distribution of posts according to the political agreement and the electoral entitlement, rather than Sadr’s direction, which “foreshadows” his responsibility to choose the ministerial cab away from “political consensus,” and from the perspective of technocrats, which does not appeal to the Iraqi political class, Took over the largest parliamentary bloc.
And the Sunni political forces are divided, the first led by Iyad Allawi and Saleh al-Mutlaq (allied with others), while the other section (Osama Najafi, Khamis Khanjar, Ahmad Abdullah al-Jubouri, and Salim Jubouri, Jamal Karbouli and Falah Zaidan) to alliance with Maliki and Amiri.