Parliamentary Energy: The law of the National Oil Company will give a share to every Iraqi citizen

Parliamentary Energy: The law of the National Oil Company will give a share to every Iraqi citizen 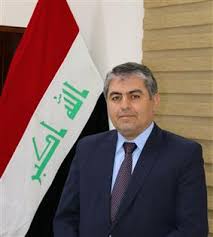 The Iraqi oil and energy committee revealed on Tuesday that the Iraqi National Oil Company (INCOC) will include at least 10 percent of the funds in the first experiment in the country, while one of the funds will give each Iraqi citizen residing within the country a share of that percentage.

“The legislation of the law of the Iraqi National Oil Company represents a major achievement of the House of Representatives, which re-established the law of forming the company, which was canceled by personal decisions of the former regime in 1987 after there was Law No. 123 of 1967, where it was Integration and subordination to the Ministry of Oil, ”

“After 2004, the Oil Ministry and its former minister, Ibrahim Bahr al-Ulum, tried to reactivate the National Oil Company’s law, but these efforts were met with opposition from some.”

Al-Bahadli added that “the law and after the efforts and discussions and workshops lasted for several months has seen the light, where will work to activate investment in refineries and the gas industry and all the goals set for the success of the work of the company can be achieved through several objectives and means in investment and exploration of new structures and activate investment under the mechanisms and scientific foundations And technical “,

Pointing out that “some understand that the company has powers higher than what some expect, but in fact devotes its work and powers of the Constitution, the arm of the Ministry of Oil, which draws the oil policies of the country and the company is working to implement those policies.”

Al-Bahadli stressed that “the company for the first time has achieved a great achievement for the Iraqi people through the formation of four funds where will be deducted at least 10% of revenue to be distributed to those funds,

Pointing out that “the first fund will be to support the capital of the company and the second is the citizen’s fund, which includes the transfer of wealth of the country to the Iraqi people, where allocated shares to every Iraqi citizen resident within Iraq and put a mechanism to hand over those amounts in addition to mechanisms to prevent the provinces that do not hand over oil quotas to the federal government.”

Al-Bahadli added that “the third fund is a generation fund, which will work the government to develop mechanisms to develop allocations for those generations, while the fourth fund is to support the oil-producing provinces,” stressing that “these percentages will be distributed in accordance with instructions to be placed within the rules of procedure of the company.”

And voted the House of Representatives during the meeting held on Monday, the proposal of the law of the National Oil Company.