Jubouri: There are 20 laws ready to vote and the finance has informed us that the end of the budget amendment

Jubouri: There are 20 laws ready to vote and the finance has informed us that the end of the budget amendment 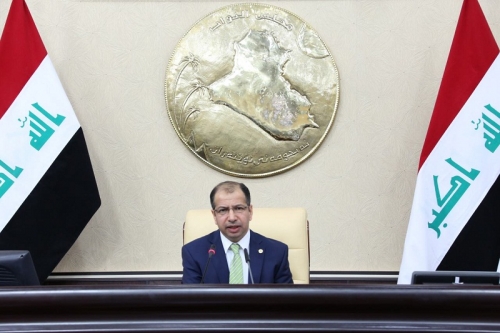 Speaker of the House of Representatives Salim al-Jubouri, on Saturday, the existence of 20 laws ready to vote, indicating that the Finance Committee informed him near the end of the budget law.

“There are more than 20 laws ready to vote,” Jubouri said during a parliamentary session held today.

Jubouri added that “the Finance Committee told us that within a week will end the amendment to the federal budget law for 2018,” pointing out that “the Council hosts tomorrow the Minister of Water Resources and officials in the ministry to discuss the water issue.”

The MP for the rule of law Haider Mawla, stressed earlier, that the quotas and consensus caused the obstruction of the work of the government and the parliament alike, confirmed that a lot of laws and important legislation is disabled as a result of political consensus.