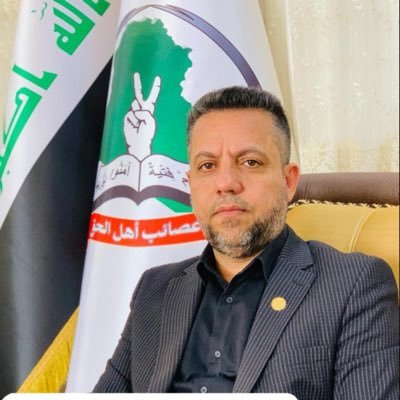 A member of the political bureau of the Asa’ib Ahl al-Haq movement, Saad al-Saadi, considered the national initiative launched by the coordination framework recently as representing the solution to the current impasse and the complexity of the political scene, while calling on the tripartite alliance to consider the coordination initiative to preserve the right of the greater universe.

Al-Saadi said in a televised interview that “the framework, through its recent national initiative, is trying to bring the views closer and move forward in the political process and end the blockage in the service of the interests of the largest Shiite component inside the parliament and the Iraqi street, which is impatient with forming the new government.”

He added, “The Coordination Committee put in its initiative to provide justice to the affected liberated areas as well as the southern governorates,” stressing that “the liberated areas still suffer from a lack of services, unemployment and diseases, and their crises should be resolved as soon as possible.”

A member of the Asa’ib Political Bureau explained that “the outgoing government of Mustafa Al-Kazemi did not do justice to the poor governorates, such as Muthanna, and the framework initiative included removing injustice from them,” considering “the initiative as a solution to the current political blockage.”

Al-Saadi called on the tripartite alliance to “reconsider and think carefully about the initiative of the Shiite framework to preserve the right of the Shiite component and the formation of the largest parliamentary bloc of exclusively Shiite forces.”