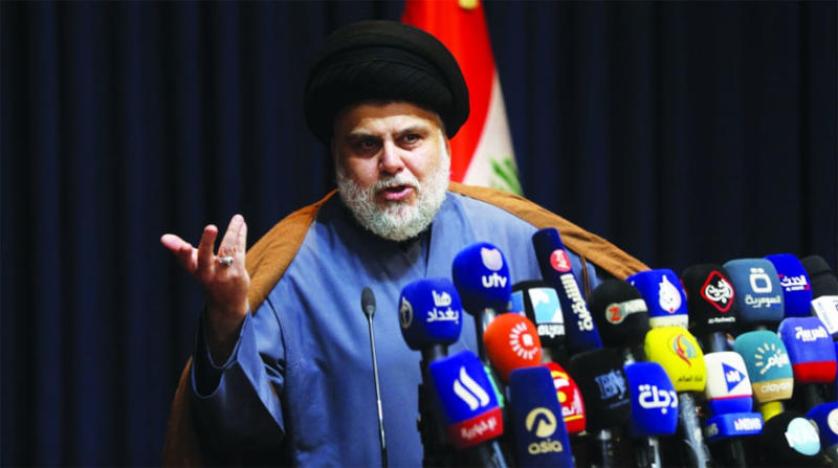 Two leaders in the Sadrist movement and the Kurdistan Democratic Party said that the initiatives put forward by the “Save the Homeland” coalition do not include offers in agreement with the forces of the Shiite coordination framework, but it opens the door again for a group of them to join the new government, while a senior political source confirmed that Massoud Barzani’s initiative “no deviate from this goal.”
The political dialogues resumed their activity with the end of the deadline for the leader of the Sadrist movement, Muqtada al-Sadr, after about 40 days of silence in negotiations, during which the coordination framework failed to achieve a breakthrough to the crisis, which he sees as close to al-Sadr. A new start to form a government.
The leader of the Sadrist movement said that “the general trend within the majority coalition is still refusing to form a consensus government,” without denying the existence of “opinions within (Save the Homeland) that go towards showing some flexibility with the coordination framework, for reasons including fears that the majority project will backfire on some of its allies. He added, “Those with this approach want to go to the presidential election session with minimal risks.”
This is not the first time that the majority team has tried to withdraw a team from the coordination framework to its camp, but, according to the leaders, it does not find another way to end the obstruction other than this scenario, while filtering from the scenes of meetings with Iranian personalities that a current in Tehran supports this trend, except that “The Revolutionary Guard’s concern about its influence in Iraq” prevents this from being achieved.
A senior political source who was briefed on the atmosphere of the “Save the Homeland” meeting in Erbil, the day before yesterday (Monday), said that the Kurdistan Democratic Party, despite its recent initiative, is not thinking of retracting from the position of President of the Republic, “under the influence of the blows the region has received” since the exclusion of Candidate Hoshyar Zebari, and the Federal Court’s decision to illegalize oil export contracts.
However, the internal dialogues in the “Save the Homeland” coalition are currently focusing on the movement taking place between the emerging movements and independent parliamentarians, who are seen as a “magic key” to break the blocking third of the coordination framework, but the distribution of loyalties among their ranks, conflicting political projects, and concern about the pressures of the armed factions It confuses everyone and makes it difficult to mobilize positions on a specific and clear direction. Independent deputies who attended a meeting that lasted until dawn last Monday said that “it is difficult to talk now about an agreement regarding the Sadr and Framework initiatives, and the lack of political experience imposes itself on the efforts of the emerging movements.”
According to the announcer from the meeting of the independents, they formed a committee to agree on “the criteria required for candidates for the presidency and ministers, which will be conditions set by independents to vote for one of the two sides of the ongoing political conflict.”
However, well-informed sources talk about a movement adopted by a range of independent representatives that supports the agreement with the Sadrist bloc, as it is the decision-maker in the majority coalition, negotiating a candidate for the prime minister and a share of the government cabinet, as well as changing governors in the country, in exchange for completing a two-thirds quorum.
However, such a scenario will not be realistic when it collides with the actual impact of the coordination framework and the armed factions on the equation, while a leader in the Sovereignty Alliance expects that any agreement with the independents will collapse because the framework and Iran’s allies will not spare any effort to undermine a project that excludes them from forming the government.
But the “Extension” and “New Generation” movements, which held a press conference in the city of Sulaymaniyah on Monday afternoon, sent an encouraging signal to the al-Sadr camp by declaring their intention to file a complaint with the Federal Court to “fine the representatives who were absent from parliament sessions, and who caused the disruption of legislative work and constitutional entitlements.” A reliable source close to the “Extension” movement said that the issue of the President of the Republic could be resolved easily if the majority coalition agreed on the criteria that the opposition would set for the position, while noting that the position of the last “new generation” confused the calculations of the National Union, which is fiercely competing for the position.