What does removing the name of Iraq from the European Union terrorism list mean?

What does removing the name of Iraq from the European Union terrorism list mean? 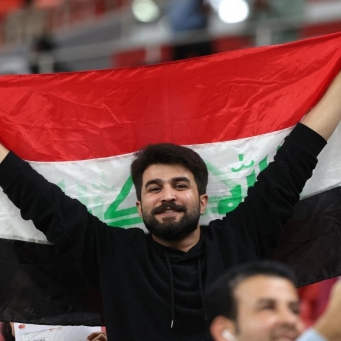 A few days ago, the European Union issued a decision to remove the name of Iraq from the list of high-risk countries in money laundering and terrorist financing, in a step described by Iraqi Prime Minister Mustafa Al-Kazemi as “important in dedicating effective Iraqi diplomacy to serve the interests of the country,” while specialists in Iraqi affairs believe that “the decision Positive repercussions on the economy and provides greater opportunities for bilateral financial cooperation with countries around the world.

Ambassador Variola congratulated the Prime Minister on Iraq’s success in removing its name from the list of high-risk countries in the field of terrorism financing and money laundering. This step will pave the way for a greater degree of trade and investment exchange between Iraq and European countries.”

The European Union ambassador pointed to the growing positive regional role of Iraq, pointing to a “seven-year European plan aimed at providing institutional support to Iraq, assigning programs to develop financial competencies and the work of the Central Bank of Iraq.”

Also, Prime Minister Mustafa Al-Kazemi, in a tweet on his account on “Twitter”, described the European Union’s decision as “an important step in dedicating effective Iraqi diplomacy to serve the interests of the country.” He continued, “Government and diplomatic efforts are continuing at various levels to put Iraq in the position it deserves. The decision will lead to the stability and encouragement of banking transactions.”

Iraq is stepping steadily towards a green economy,
in turn, Mazhar Muhammad Salih, the adviser to the Prime Minister for Financial Affairs, told the Iraqi News Agency, “conscious”, that “the decision will lead to the stability and encouragement of banking transactions between the parties involved in dealing from inside the country abroad.” He added, “It will also spare Iraq’s banking and financial system costs, risks and restrictions that it was exposed to with its correspondents in the world, especially European Union banks in conducting normal banking and financial transactions,” noting that “this opened new horizons of financial and banking cooperation to support investment, financing and integration activity.” Our country’s finances are with Europe and the world.” He added, “The decision will generate positive repercussions on Iraq’s credit rating in a positive way, enhancing confidence between Iraq and the world at large, and will increase its ability to attract investments in the future.”

The economic expert, Qusai Safwan, confirmed that “the decision to remove Iraq from the black list of high-risk countries indicates the possibility of international recognition of the banking financial system,” noting that “the central bank is trying to open up through private and governmental banks to the countries of the world.”

He stated that “this will allow the opening of branches for these banks in those countries, which leads to an increase in the accuracy of tracking funds outside the Iraqi environment, and this is reflected in reducing import costs, given that many commissions were going to non-Iraqi banks,” explaining that “this will increase the ability of In the future, Iraq will be able to attract investments, whether regional, European or international in general.”

The economic expert, Basem Antoine, also indicated in a press statement, “The reclassification of Iraq among the countries that can pay the debts, and there are no suspicions of corruption, money laundering, or changing the sex of money, will contribute to increasing the level of the international investor’s positive view of the Iraqi environment,” explaining that “The banking system is currently required to increase its ability to be part of the international financial system through infrastructures at the level of applicable information systems or through the accounting system and the adoption of international reporting standards so that Iraqi banks can quickly be part of the international financial system.”

The spokesman for the Ministry of Foreign Affairs, Ahmed Al-Sahaf, stated, in a statement, that “active diplomacy has concluded to remove the name of Iraq from the list of high-risk countries in the areas of money laundering and terrorist financing, which reflects the confidence of the international community in the Iraqi government’s actions.” He added, “The tireless efforts by the Ministry of Foreign Affairs and the concerned national authorities, and through the Iraqi embassy in Brussels, have led to results that will reflect positively on the country’s economy.”