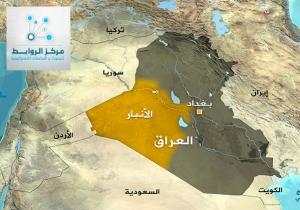 In Iraq, it is necessary to issue a road map for mineral investment
. Iraq is a country rich in its diverse mineral wealth, which is spread in many of its governorates. We will highlight the most important minerals in the western region, Anbar. metals Kasalabh electrical conductivity and are small atoms and form a large part of the earth ‘s crust and is characterized as non-road and consists nonmetals of carbon, phosphorus, sulfur elements, etc.)
, according to the General Company of Iraqi phosphate affiliated to the Ministry of Industry, the recent surveys revealed the availability of enormous and proven reserves of phosphate reach up to two billion Confirmed and untapped tons, with unconfirmed quantities exceeding seven billion tons.
The geographical distribution of minerals is closely related to the conditions of the geological formation, and determining the types of mining ores and estimating their reserves, locations and specifications can open the way for local and foreign investment.
International reports indicate that Iraq tops the world’s first reserves of free sulfur and the second after Morocco of phosphates, as well as huge reserves of silica sands, ceramic clays and raw materials suitable for the manufacture of cement and other building materials, and Iraq can export the surplus of these wealth, especially phosphate fertilizers.
Phosphate deposits are found in the Western Desert in Anbar Governorate, northwest of the city of Al-Rutba. Phosphate ores are in the third formation, which are the Dokma, Akashat, and Al-Rataka formations. 75 billion tons, making Iraq the second country in the world after Morocco with the amount of reserves, which is 9% of the global reserves of fertilizers.
What Al-Anbar Governorate contains of riches that water the mouths of the occupation, terrorism and gangs in all its forms, it is one of the largest Iraqi governorates, and it constitutes the equivalent of a third of the country’s area, with an area of ​​138,500 square kilometers, and a population of more than 1.9 million people, and it
is bordered to the north by the governorates of Salah al-Din and Nineveh, To the northwest is Syria, to the west by Jordan, to the east by Baghdad, to the south by Saudi Arabia, and to the southeast by the governorates of Karbala and Najaf.
It is administratively divided into eight districts: Al-Qaim, Anah, Rawa, Haditha, Hit, Al-Ramadi, Fallujah, and Al-Rutba.

It is characterized by a semi-desert climate, low rainfall, and a great contrast between day and night temperatures and low humidity. Among the most important agricultural crops are wheat, spring and autumn potatoes, wheat, barley, yellow corn and vegetables, and there are a large number of orchards containing 2.5 million palm trees.
Anbar contains about 53 trillion cubic feet of natural gas, in addition to numerous mineral wealth; According to a survey conducted by the Iraqi Geological Survey, and accurate information confirmed the existence of huge mines for minerals, including uranium, manganese, iron, gold, silver, red mercury and free sulfur, as well as copper, tin, chromium, nickel and aluminum in large quantities. It seeks to limit the activities of some influential people and politicians who take advantage of their positions to seize the province’s wealth.”
Some members of the Anbar Provincial Council assert that the mineral wealth in the governorate is subjected to smuggling operations using forged books.

Iraq is also known that contains dozens of minerals and large quantities, including some rare metals Kallioranjom and other minerals here we monitor Iraqi wealth, and places of existence:
– sulfur estimated reserves of it more than 600 million tons were three fields investment only and there are large quantities in the governorates of Anbar and Salah Al-Din and Nineveh, north and west of Iraq.
Iron, concentrated in Anbar Governorate in western Iraq, specifically in the desert southwest of Ramadi, the capital of the local governorate. The underground reserve is estimated at 60 million tons.
– Lead, concentrated in the cities of Dohuk and Sulaymaniyah, far north of Iraq, in the form of sedimentary carbonate rocks, and the volume of its reserves is estimated at more than 50 million tons.
Phosphates, the Director General of the Geological Survey and Mining Company revealed that Anbar and the Kurdistan region are the richest in the field of mineral resources, with good quantities of them in Nineveh, Najaf, Muthanna and Wasit.
Official sources confirm that Iraq can export the surplus of phosphate fertilizers to agricultural countries with high population density, such as India, Pakistan and Bangladesh. The Geological Survey Company, Dr. Khaldoun Al-Bassam, said that “all mineral discoveries in Iraq have been made by Iraqi hands since 1966, and that” the discoveries concerning Iraq’s possession of the world’s first sulfur reserves and the second phosphate reserves after Morocco, were made by the Iraqi Geological Survey, Within the project to determine the reserves for the period from 1986 to 1990, with the discovery of 10 billion tons of phosphate,” noting that “the company is working to enhance these reserves, especially in the field of raw materials for the cement industry, so that some private sector companies have invested in this field.
Gold, concentrated in Anbar Governorate in the area extending from the upper Euphrates to the Western Desert in the depth of the governorate and the top of the Tigris River, west of Nineveh.
Silver, concentrated in the regions of the Kurdistan Region within the volcanic rocks with other minerals, including lead and zinc in the city of Dohuk.

– Uranium, concentrated in Anbar Governorate, Akashat region, within the formations of the phosphate layers in the Western Desert, and for political reasons, the Iraqi government refrained before the American occupation from announcing the size of the mineral’s assets.
Copper is concentrated in the Sulaymaniyah Governorate in the Kurdistan region in the north of the country, within the range of a volcanic bottom. Estimates of the volume of the mineral vary between 10 to 20 million tons.
Red mercury, a red metallic powder, can be used in nuclear processes that depend on nuclear fission, the energy industry and high-intensity nuclear bombs in explosion, and this substance is one of the most expensive materials in the world; Where the price of one kilogram of it is one million dollars after being smuggled illegally from nuclear reactors.
It is concentrated in the southern province of Maysan, where it was discovered during the past years, specifically in the marshes, and the Iraqi government is currently seeking to cooperate with Western companies to determine its quantities and methods of extraction.
– Sodium sulfate, concentrated in Salah al-Din Governorate, and the general reserve of this substance is estimated at 22 million tons of raw material, and the greatest consumption of sodium sulfate salt is in the manufacture of paper pulp (kraft pulp), and it is used in the manufacture of household detergents, used in the manufacture of glass and that To remove small air bubbles from molten glass, and in textile industries where it is added during dyeing to reduce negative charge on the fibers, facilitating an even spread of the pigment.
– Dolomite, concentrated in Anbar and Muthanna, and the country’s reserves are estimated at 330 million tons.

Glass is concentrated in Anbar province, extending from the center of the province to the Western Desert, in the form of shiny surface sand in the plains and plateaus, and the quantities in it are estimated at about 400 million cubic meters.
The governorates of Iraq are rich in important minerals and have distinct reserves. Some of them occupied advanced positions in terms of reserves and production at the international level, including in addition to the above: aluminum, ceramics, nickel, manganese and chromium in Baghdad, Babil, Karbala and Qadisiyah, central and southern Iraq. Local Iraqi cadres lack experience and mechanisms to determine the size of those explorations.
Anbar province is the richest in the field of non-metallic mineral wealth, and the Kurdistan region is the richest in the field of metallic mineral wealth.
Regarding the geological risks that the country may be exposed to, the Director General of the Geological Survey Company, Dr. Khaldoun Al-Bassam, explained that “in 2005, the company completed the regional map of Iraq’s geological risks, based on which all natural disasters that happen in the earth are expected, such as earthquakes. Floods, landslides, volcanoes, etc. The company has prepared maps of different scales to illustrate this, and Iraq in general is classified as not highly exposed to such risks.”

Regarding the company’s future plans, it is charged by the state with supervising the amendment of the effective Mineral Investment Law No. 91 of 1988, and it has drawn up a draft of a new law in this field, commensurate with the development of thought and the economic orientation of Iraq, and allowing the revitalization of the mineral and mining sector, to become an important tributary in the Iraqi economy. “.

He added that “the company has an extractive activity among its various other activities, and through the production department, it extracts table salt from the Basra and Samawa salts, iron, silica sand, bentonite clays, kaolin and bauxite from mines in the Western Desert, and these raw materials clog

Establishing the laboratories of the Ministry of Industry and Minerals, and maintaining existing ones as well as the private sector,” noting that “the company opened offices in a number of Iraqi governorates, believing in the importance of introducing these governorates to the natural mineral resources available to them, as well as guiding them on how to deal with their investment, and this The offices perform advisory work for the provincial councils.

The mineral wealth in Iraq of its various types has not been invested in a way that guarantees the achievement of large financial resources for Iraq, but the spread of financial and administrative corruption, the adoption of the quota approach, the absence of an economic strategy, and political and security instability are all factors that hinder mineral exploration and investment in mineral wealth in Iraq. According to experts, the investment of sulfur, phosphate and high-purity silica can return to the Iraqi state treasury amounts ranging between (4 and 6) billion dollars annually.
Therefore, it is necessary for the concerned authorities in Iraq to issue a road map and guide for mineral investment, provide information on this aspect, and present investment opportunities to sober international companies for mineral investment, which are many, under an investment law that guarantees the interests of both parties while protecting the sectors of the national economy from the dominance of foreign capital in a way that prevents control With the national wealth in accordance with specific controls, with the state setting the strategic mining policies for the country and monitoring their proper implementation by the state sector and the private sector. Many of Iraq’s minerals are still in their deposits and not well invested, and investing in minerals needs money and an integrated law.