Deputy: The rise in the dollar’s ​​exchange rate weakened the citizen’s purchasing power

Deputy: The rise in the dollar’s ​​exchange rate weakened the citizen’s purchasing power 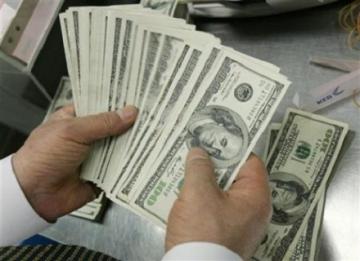 The head of the Rafidain Parliamentary Bloc, Yonadam Kanna, confirmed that economic development in the budget was cornered on the shelf, while noting that raising the dollar exchange rate weakened the citizen’s purchasing power by 23%.

Kanna said in a press interview, “Efforts are continuing to resolve the budget during the next few days in order to vote on it, after completing most of the points in it.”

Indicating that “what is related to the price of the dinar against the dollar in the budget is a matter unlikely to reduce it within the budget despite the difficulty of adopting them at this time to reduce the exchange rate to 1300 dinars per dollar, given that what happened was a big mistake in that jump and the citizen paid for it and remains The decision is for money and cash experts. ”

Kanna added, “The jump that took place in the dollar’s ​​price in its early days greatly benefited some of the banks affiliated with parties, but at the same time, the citizen was greatly affected, as the citizen’s purchasing power decreased by 23%, contrary to what the government said about not harming the citizen’s income.

Pointing out that “the exchange rate is a financial policy, not monetary. It was assumed that the government and the Ministry of Finance would not intervene in this matter, and that the decision was entrusted to monetary experts in Iraq, and not as happened.”

He pointed out that “there are three important development policies, which are the financial, monetary and economic policy, and we believe that the economy is on the shelf and there are eight important sectors for development that are left and neglected in the budget: agriculture, industry, health, water resources, education, transportation and housing, which represent 16% of the budget in exchange for the oil sector.” Electricity was given 20%, and the security and defense sector was 1% more than the eight developmental sectors, with the addition of culture, which is a fatal mistake and lack of economic vision that greatly damaged the economy and the Iraqi citizen. ”