Baghdad reassures Washington: We have taken the necessary measures to stop the attacks on the Green Zone

Baghdad reassures Washington: We have taken the necessary measures to stop the attacks on the Green Zone 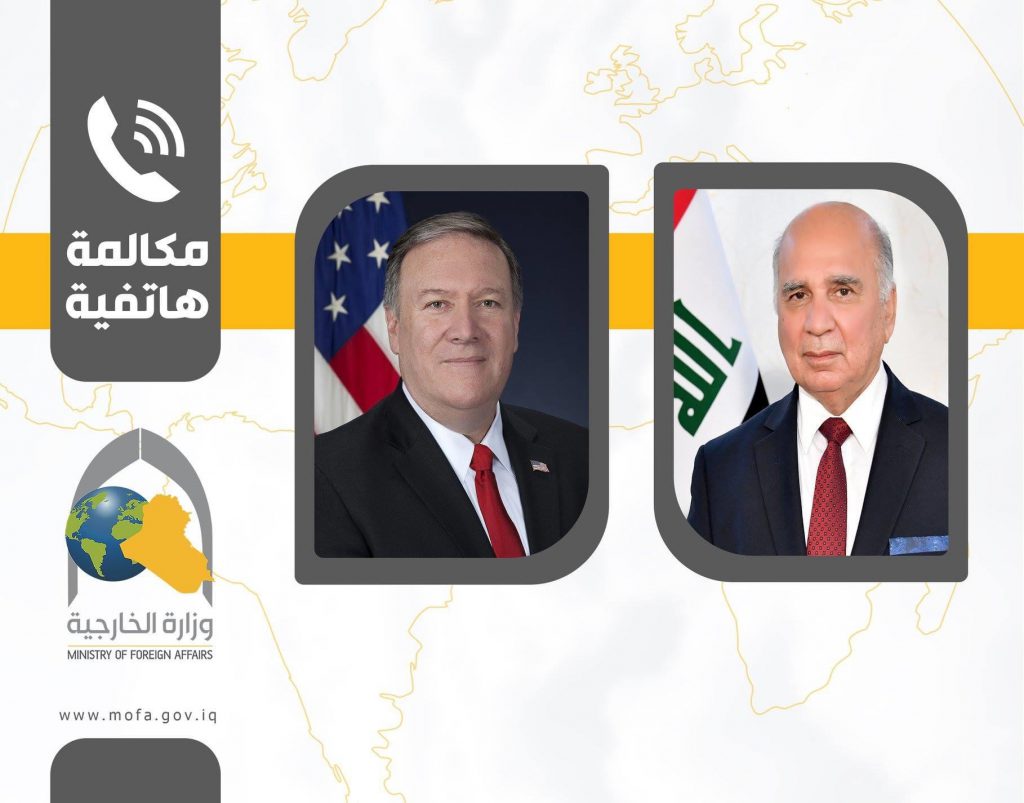 Foreign Minister Fuad Hussein discussed with his US counterpart Mike Pompeo the crisis of the US embassy in Baghdad.

A statement from the Ministry of Foreign Affairs stated that “Foreign Minister Fouad Hussein received a phone call from US Secretary of State Mike Pompeo, and the conversation focused on bilateral relations and ties between the two countries, and on the initial decision of the US administration to withdraw the embassy from Baghdad.”

He explained, “The minister expressed concern about this decision, despite it being a sovereign decision on the American side, but it may lead to results that are not in the interest of the Iraqi people.”

The minister affirmed that “the Iraqi government has taken a number of security, organizational, political, and diplomatic measures to stop the attacks on the Green Zone and the airport, and there will be tangible positive results in the near future.”

For his part, the American Secretary affirmed that “US-Iraqi relations are important for both sides.”

The statement concluded that “various future possibilities were discussed regarding the status of diplomatic missions in Baghdad, and the American minister promised to take into account what was discussed in the discussion, and the two sides stressed the importance of continuing to exchange views and communicate in order to find solutions to this crisis.”