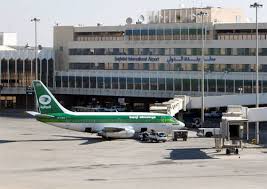 Documents released by the Iraqi government, the most prominent names that have been distributed to local airports and border crossings and Bbmujbha prohibited to leave the country until the completion of investigations of corruption.

It is the most prominent names banned from traveling and Electricity Minister Qassim al-Fahdawi, the former governor of Baghdad, Hussein Mohamed Tahan, and the governor of Nineveh former Duraid Mohammed Kashmoula, the head Council Salahuddin province Rashid Ahmed al-Jubouri, the former Chairman of the Board and the province of Diwaniyah Jubair al-Jubouri, head of the Council of Diwaniyah, the current governor Khuzai, as well as several members of the provincial councils and the General Managers, where the list included the names of 254 names.