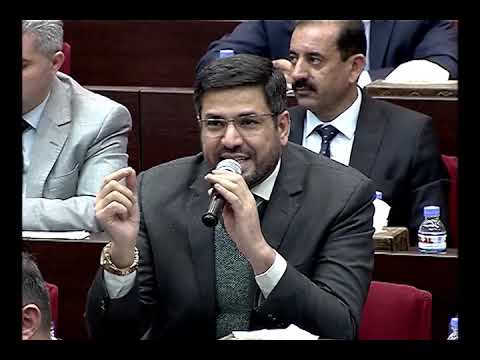 On Wednesday, a member of the Parliamentary Finance Committee, Faisal Al-Issawi, called for a method of intelligence work in gathering information related to anti-corruption efforts, considering that this would “scare the corrupt” and contributed to their overthrow.

Al-Issawi said in a press interview, “The efforts to combat corruption and despite the presence of a large number of bodies concerned with this matter and the efforts being made, but what makes these efforts do not bear fruit is the lack of evidence, as a result of administrative conditions and red tape that makes many issues lost in administrative ramifications that disperse the effort. Primary “,

Noting that “the team formed by the prime minister to follow up on issues of organized and not personal corruption, in case its focus is on the intelligence side in gathering evidence away from administrative red tape, then exceptional results will be achieved.”

Al-Issawi added, “Field work in combating corruption by following up the strings of each case and who are the parties that support other parties will bring us before evidence and integrated results to overthrow the corrupt and those behind them,” pointing out that “evidence gathering is the basis and it is not a little effort, but it is.” A correct vision for dealing with the defect rooted in the file of corruption. ”

Al-Issawi stressed, “The security follow-up gives more accurate results and reduces time and channels for investigating the wheel of information, because the administrative problems in Iraq have made our problems that can only be solved by finding a party that can bypass these procedures to reach the required information.”

He continued, “Activating the intelligence effort in combating corruption will make the corrupt feel afraid and fearful of these measures, because they are effective in confronting them, and we have to believe in one truth, which is that we cannot live in a safe and stable country unless the law is above all.”