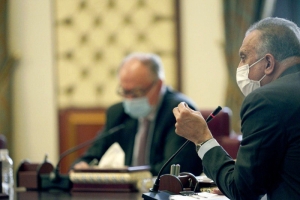 BAGHDAD – The arrests carried out by the Iraqi authorities against officials accused of corruption cases revealed the amount of fear that the political class in the country is experiencing from any measures related to integrity, in exchange for the street’s eagerness to hit the senior corrupt, at a time when the arrests seemed to accelerate, reaching mediators and agents of personalities Kubra, a message about the Iraqi Prime Minister Mustafa Al-Kazemi’s approach to confronting the corruption of the big whales.

And since 2003, corrupt officials and politicians in Iraq have squandered about a thousand billion dollars of public money, without developing any service sector in the country.

Iraq suffers every year in the summer season because of the theft of funds allocated for electricity, while it is still dependent on hospitals and health facilities built during the era of the late President Saddam Hussein, as billions of dollars directed to this sector were wasted after 2003, while the education sector suffers under pressure from the age of facilities and the entry of parties On the line of investment in it through private schools and universities, while Baghdad suffocates on a daily basis due to the traffic momentum, because it still relies on roads and bridges that were built during the era of the Baath Party, which is banned from working according to the permanent constitution of Iraq.

During the first years following the fall of the former regime, mercy for the “days of Saddam” represented a crime that brought shame and accusations to its owner in Shiite circles, but it has become a common occurrence now, and appears even on the screens of satellite stations.

In recent years, the Iraqis have reached the conviction that eliminating political, financial and administrative corruption in Iraq is impossible, after they became certain that the continued existence of political parties depends completely on what their representatives steal from the state. Some activists even suggested legalizing corruption, such as the annual budget specifying a share. Each party has public money, so that the state can get what it can use to serve the population.

The fight against corruption topped the demands of the largest mass movement that Iraq witnessed in October of 2019, when the government of former Prime Minister Adel Abdul Mahdi, in partnership with Iraqi militias affiliated with Iran, was involved in killing about 700 protesters and wounding about 20,000 others, in order to protect the corrupt religious party system. in the country.

The extent of the opposition expressed by the Abdul Mahdi government and the militias affiliated with Iran against the idea of ​​overthrowing the existing regime, replacing it, or even correcting its course, highlighted the amount of financial gains that political Islam parties have that receive orders and directives from Tehran.

And when Mustafa Al-Kazemi formed his government, after the protesters forced his predecessor, Abdul Mahdi, to resign, the street placed great hopes on the former intelligence chief in eradicating the corrupt, due to his good reputation in popular circles.

But Al-Kazemi’s awaited campaign against corruption whales was long overdue, and yet when its first signs appeared during the past three days, it garnered widespread popular sympathy.

Al-Kazemi had formed a special committee to follow up major corruption cases, which was surrounded by much controversy, headed by the prominent General Ahmed Aburjief, and it was said that he had unlimited powers.

The campaign began with the arrest of a middle-level official, Ahmed Al-Saadi, the director of the retirement department, which raised questions about the goals that Al-Kazemi could reach and his seriousness about pursuing adults.

But the excitement was doubled when Bahaa Abdul Hussain, director of the “Key Card” company concerned with facilitating the payment of salaries of retirees, was arrested while he was about to flee from Baghdad airport two days after Al-Saadi was arrested.

Informed sources said that Al-Saadi made confessions that led to the discovery of a wide network of money laundering, serving officials, politicians and parties, and relying on collaborators in Beirut.

The arrest of Abdul Hussein caused a sensation, due to his strong ties to former officials and current leaders.

The sources indicate that the arrest of Abdel-Hussein may lead to the arrest of other personalities and the recovery of funds from home and abroad.

The new campaign of arrests also included the director of the Agricultural Bank, Adel Khudair, and 12 employees under his command.

The official authorities did not reveal the reason for Khudair’s arrest, but informed sources said that investigations linked it to the disappearance of huge sums of money in what is known as the “agricultural initiative”, which dates back to the era of former Prime Minister Nuri al-Maliki.

Al-Maliki took advantage of the simultaneous rise in oil prices and the increase in Iraq’s production of oil during his reign to obtain explosive budgets, but his government was not associated with any achievements, however, leaving behind the biggest files of corruption and waste of public money.

Al-Maliki’s name appeared in another case that Al-Kazemi is following, related to a giant water project in Baghdad, on which millions of dollars have been spent, without being completed.

Judicial sources said that travel bans were issued against Dhikra Alloush, the former Secretary of Baghdad, and Director of Contracts at the Ministry of Planning Azhar al-Rubaie, due to their suspicion of collusion in dropping a fine of about $ 100 million on the company implementing the water project, as well as the arrest of the director of the Capital Water Department.

The executing company’s manager, a contractor named Essam al-Asadi, has a close relationship with al-Maliki, and information indicates that he is still managing his broad commercial interests, under various interfaces.

But the biggest blow in this campaign is that of Shaker al-Zamili, who is the head of the Baghdad Investment Commission, whose information indicates that he is closely related to the broad commercial interests that concern the Lebanese Hezbollah in Iraq.

Sources say that Al-Zamili took advantage of his position to grant companies affiliated with Hezbollah millions of dollars of contracts, without executing any of them, noting that the relationship of the head of the Baghdad Investment Commission with the Lebanese party led by Hassan Nasrallah protected him from legal prosecutions over the past years.

And because it strikes in part the network of interests serving Iran’s allies, Al-Kazemi’s campaign against the corrupt angered the Shiite militias, and led them to brandish the threat.

Naim al-Aboudi, a member of parliament for the Asaib Ahl al-Haq movement led by Qais Khazali, fears “there are revenge motives behind this campaign,” wondering why “a new committee was formed to combat corruption, despite the existence of an integrity commission.”

Al-Aboudi says that “there are concerns about the possibility of political motives behind this campaign,” noting that “Al-Kazimi overlooked the constitutional contexts by forming this special committee to combat corruption.”

“The committee may be involved in corruption of some kind,” he said, noting that the Fatah bloc to which he belongs, and is the only political representative of the Iraqi militias affiliated with Iran in Parliament, “will face any selective and retaliatory measures that explode the situation in the country.”

And he went on to say that “fighting corruption needs political agreements,” meaning that Al-Kazemi must seek permission from the parties before arresting their corrupt, because “Al-Kazemi’s current steps are not legal, and there may be reactions against them.”