Analysts: the presence of 10 heads for the summit is a success for Iraq 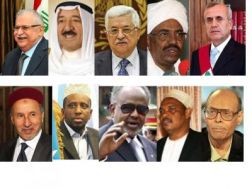 number of Arab leaders participating in the summit, 10 heads, a good number according to analysts and observers.

This represents about half the number of… Arab countries members of the university after the university suspended the membership of the Arab in Syria last year.

Analysts believe that the participation of the heads of ten is a great success for Iraq and a good start for the return of Iraq to the Arab and expected to play its role in Arab politics.

Analysts said the Arab summits at all, did not witness the participation of all Arab leaders and the presence of ten heads makes the top of Baghdad, especially in circumstances distinct summit