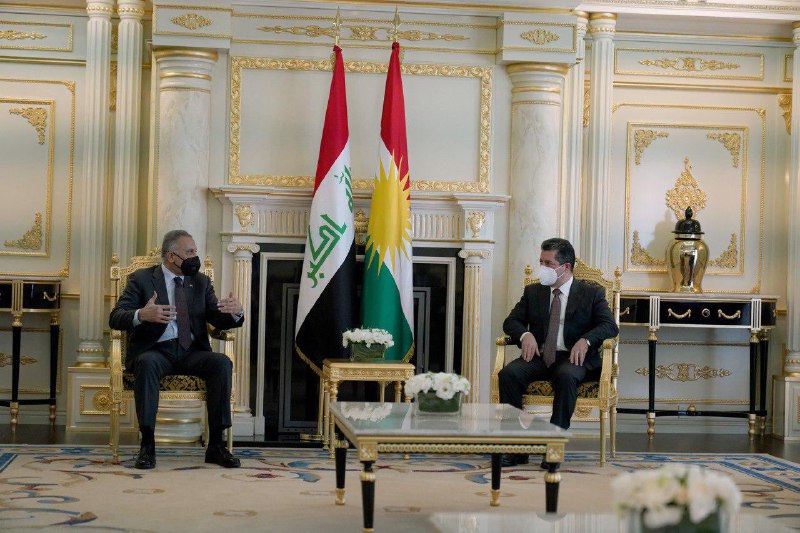 The Prime Minister, Mustafa Al-Kazemi, on Thursday, during his visit to Erbil, met the President of the Kurdistan Regional Government, Masrour Barzani, in the presence of a number of officials in the regional government.

At the outset of the meeting, the Prime Minister said, according to a statement issued by his media office, that “the experience of security cooperation and integration in the performance of the armed forces in the face of terrorist ISIS has strengthened national unity and made victory possible.”

Al-Kazemi explained, according to the statement, that “the sovereignty of Iraq is the word that unites us as Iraqis, and there is no room for abandoning it,” explaining that “the opportunity is now available to strengthen joint action and provide the best effort that serves the Iraqi citizen, as well as accelerate the pace of preparation for holding early elections, in a way that secures the best expression.” Sincere about the voice of the Iraqi people and their true choices. ”

For his part, Masrour Barzani, as stated in the statement, expressed his happiness at the meeting, indicating that “the regional government aims to resolve all outstanding issues, and that he looks forward to consolidating long-term solutions and supporting the efforts of Mr. Al-Kazemi’s government seeking reform in all areas.”