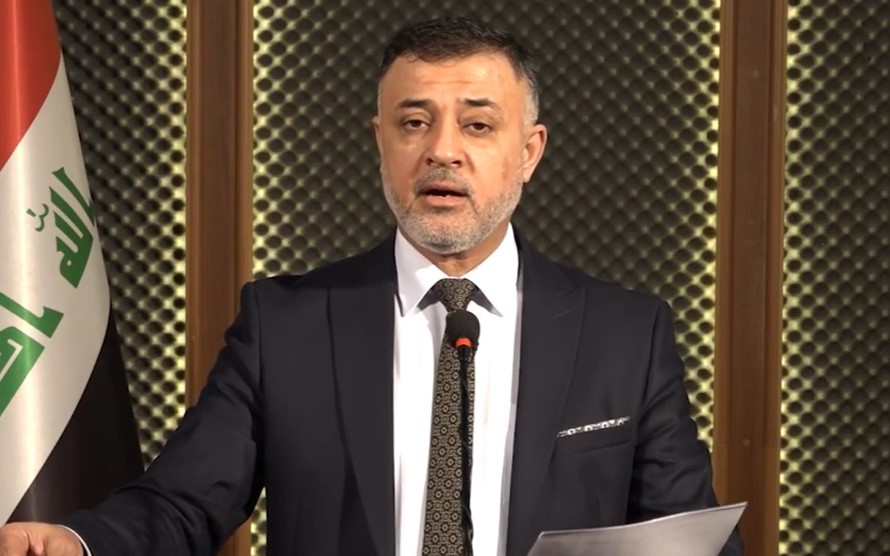 The Parliamentary Economic Committee revealed, on Thursday, violations of the 2021 budget.

A member of the committee, Mazen Al-Faili, said during a press conference, “The external borrowing items in the 2021 budget lack realism and contradict the standard of equitable wealth distribution among governorates.”

Al-Faily made the following points:

1. The budget must include a text (all sovereign guarantees provided by the Ministry of Finance are approved by the Council of Ministers and approved by Parliament). This text was present in the copy of the leaked budget, but it was deleted in the official version of the budget that was submitted to Parliament.

2. The budget allowed the Ministers of Finance and Planning to increase borrowing ceilings over what was specified in the budget texts, which means adding a new deficit for 2021.

3. The budget allows for transfers between the allocations of a single loan by the Council of Ministers, and this means that it is not realistic in the resource allocated to it. Otherwise, how can it be transferred to another resource if it represents a realistic need in it.

4. The budget stipulated that the Minister of Finance would issue sovereign guarantees to local investor companies for energy supply dues and did not specify the amount of their amounts.

5. The issuance of a sovereign guarantee for the (Elite Energy) company in the amount of (301) million dollars, and the name of the company that was mentioned in the leaked budget has been deleted! .

7. The budget mentions a loan from international banks in the amount of one hundred million dollars to be placed within the budget of the Ministry of Finance for the business of lagging projects or the establishment of new projects within the Iraqi-Egyptian agreement, so how can we borrow money and allocate it to delayed projects and new Egyptian companies come that were not the ones who first started the projects and given them management Those projects are borrowed to provide them with allocations to complete those projects!?.

8. The budget mentions a loan with the guarantee of a US bank or its financing in the amount of one billion dollars to finance infrastructure projects in Iraq. These projects have not been detailed in their details and the costs of their construction for each project and distribution to the ministries or governorates according to objective and realistic criteria?

11. The amount of borrowing (1.8) billion dollars to guarantee the China Export Corporation and to projects for which large allocations have been identified, but the size of the expected financing does not exceed 5% ؜ of each allocation within this borrowing. So can bear borrowing and its consequences be justified?

12. Some of the loans allocated to the Ministry of Electricity had mentioned the name of the companies involved in implementing their projects in the leaked budget (American GE, German Siemens), but the names of the companies were deleted while the same projects remain with them and with the same funding.

13. Some loans amounting to (7) million dollars are allocated to the Ministry. Is this amount large and difficult to provide until we go to borrow it?

14. Borrowing an amount of one billion euros for the period from 2019-2022, and for some projects that require five years or more to be completed, why is this feverish trend for borrowing, and it may be possible to collect amounts of financing these projects in annual installments from the Iraqi investment budget.

16. We find in some borrowing paragraphs, for example, that the establishment of a hospital project in a southern governorate amounts to (130) million dollars and the establishment of a hospital in a northern governorate that is twice that of (260) million dollars, given that the construction period may extend for years, knowing that the funding payment for this year is from loans to these Hospitals amounting to (40) million dollars, the amount can be saved from the investment budget, along with the need to check the reality of construction costs.

17. Borrowing an amount (500) million dollars to cover the purchase of weapons, equipment, and logistical support for ministries and security services. This was the case in the leaked budget, but the Ministry of Culture was added to this address in the official budget.