The International Monetary Fund, the Iraqi economy is one of the fastest growing economies this year

The International Monetary Fund, the Iraqi economy is one of the fastest growing economies this year 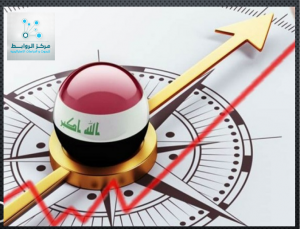 According to international reports, Iraq is one of the most developed countries in the Arab region in the economic field for this year, which proves the success of the economic plans of the Prime Minister and the Iraqi Ministry of Planning. What was disclosed by Prime Minister Mustafa Al-Kazemi, who said: “The government has succeeded, within two years of its work, in achieving the highest economic growth rate in the Arab countries, according to International Monetary Fund reports, which expected that the economic growth rate in Iraq would reach 9.5% within two years. 2022 and 2023″.
Economists stress that Iraq needs to invest the financial surplus in the completion of large development projects, but with a delay in approving the general budget for 2022, the investment of these funds remains suspended.
The Iraqi economy began to recover in light of high oil prices, with the real GDP expected to reach the level before the epidemic this year, 2022, which means reducing the impact of high food prices on the most vulnerable groups, the poor class of the people.
A mission from the International Monetary Fund led by Tokher Mirzov, during the period from 14 to 18 May 2022, to discuss with the Iraqi authorities the latest economic developments, the impact of global events on the economic outlook, and the priorities of the state policy, as it came with the following results: The economic recovery is on the right track. .
The Iraqi economy is expected to grow by 9.5 percent this year, giving it the fastest real GDP growth of all the countries in the Middle East and Central Asia.
The 2023 forecast of 5.7 percent is just one percentage point behind Georgia, the expected leader next year.
Meanwhile, consumer prices are expected to rise by 6.9 percent this year and 4.7 percent in 2023. The economy is recovering well in light of higher oil prices and this year’s GDP is expected to reach its pre-pandemic level.
Mitigating the impact of high food prices on the most vulnerable is the most urgent priority.
It is important to take advantage of the current conditions in the oil market to accelerate structural reforms and support socio-economic priorities to enhance the resilience of the Iraqi economy in the medium term; The focus of macroeconomic policies needs to shift towards consolidating economic stability and enhancing Iraq’s long-term economic resilience. In the short term, maintaining fiscal discipline and easing will help central bank lending to the real estate sector avoid increasing inflationary pressures. In addition, despite significant reconstruction and other investment needs, limited near-term absorptive capacity, financial vulnerability to oil price volatility, and global energy challenges, the transition requires building safety margins for the future by providing a portion of oil revenues through a tailored sovereign wealth fund. Carefully.
Where in 2021, buoyed by the resumption of activity, a more favorable fiscal stance, and stimulus measures by the central bank, real non-oil GDP rebounded by 20 percent, and is set to expand by about 5 percent this year.
Oil production is expected to reach its pre-epidemic level and raise real GDP to 10 percent in 2022.
Fiscal policy, due to the absence of a 2022 budget, has reduced current fiscal expenditures to the level of enhancing spending efficiency. In the past year, while maintaining strict control over the public, employment and reprioritization of expenditures within the maximum public budget will be necessary to enable the strengthening of targeted cash transfers for the most vulnerable and contain the impact of poverty caused by the rising cost of living.
It is necessary to enhance spending efficiency, maintain close oversight of public sector appointments, and reprioritize expenditures within budget ceilings to enable targeted cash transfers to be enhanced to vulnerable groups and contain the impact of poverty on the rising cost of living.
Improving the quality of public services and creating fiscal space for much-needed investments and a social safety net reform civil service, reduce ineffective energy subsidies, diversify fiscal revenues, and strengthen governance.
Electricity sector reform will be critical to lowering financial costs and enabling private sector productivity. Improving coverage and targeting social assistance will help to better protect the most vulnerable. Strengthening governance in large state-owned banks, and completion of audits and restructurings will facilitate access to finance and job creation by the private sector.
As it is known how the war between Russia and Ukraine affected the Arab oil-producing countries, the rise in oil prices was reflected in the budgets of those countries, as according to the recently announced prices of the rise in oil prices in the global market, at 105 dollars per barrel, this means that Arab budgets It is expected to deposit the deficit, and achieve a financial surplus from oil revenues, and it may be able to dispense with external and domestic debts, and it can also recover what it lost from the foreign exchange reserves balances.
Its impact on Iraq is mainly through its global impact on commodity prices. In 2022, oil revenues will rise and will offset the increased bill for food and energy imports. As a result, fiscal and current account balances are expected to record double-digit surpluses of GDP, and general inflation is expected to rise to 6.9 percent, compared to 6 percent last year, driven in part by higher food prices, which negatively affects on the poorest segments of the population.

The mission welcomed the authorities’ growing interest in the challenges of climate change and Iraq’s launch last year of Iraq’s Nationally Determined Contributions document on climate change. In the coming months, the mission is encouraged to prioritize the preparation of national plans for climate change adaptation and mitigation and the development of green finance as well as the full integration of climate-related priorities into the macroeconomic policy framework. The International Monetary Fund stands ready to support Iraq in this endeavour.
The IMF team of experts would like to thank the Iraqi authorities for the frank and fruitful discussions and looks forward to continuing close cooperation with Iraq in the coming period.”
In conclusion, some experts confirmed that there is a new wave of rising crude oil prices, and it is possible to invest this to break the financial constraint that prevents real economic development, and to invest large sums that can be allocated to activate the investment aspect and establish some strategic projects that generate goods and services affecting the achievement of a qualitative leap. for the Iraqi economy.
And the importance of working to establish a sovereign fund and a financial and economic buffer, because the rise in oil prices will not continue, and we will face in the coming years factors of a decline in prices. Therefore, this fund is important to maintain the guarantee of a better future for the generations of Iraq.