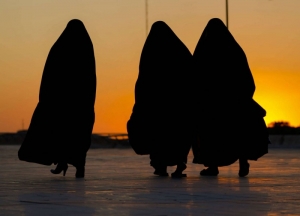 The phone call between Muqtada al-Sadr and Nuri al-Maliki did not solve the crisis of forming the Iraqi government. Rather, it turned into a race between the two parties over who would represent the Shiites. The Kurds do not differ much in their differences over who will be the president of the republic.

BAGHDAD – The state of optimism in Iraq about the crisis of forming the new government did not last long, after talks between prominent political forces in the country stopped, bringing the situation back to the square, more than 5 months after the early parliamentary elections.

A positive atmosphere prevailed in the country after the leader of the Sadrist movement, Muqtada al-Sadr, initiated a phone call with his political rival, the prominent leader in the “Coordination Framework” forces, head of the “State of Law” coalition, Nuri al-Maliki, on the tenth of this March.

The two leaders discussed for the first time the crisis of forming a government, after al-Sadr had previously refused to form or participate in a government of which al-Maliki would be a part.

He blames al-Sadr al-Maliki, who headed the government in two successive terms (2006-2014) for the “spread of corruption and acts of violence” in the country, as well as the terrorist organization “ISIS” that invaded a third of Iraq in the summer of 2014.

That call was followed by a meeting held Saturday at al-Sadr’s residence in the city of Najaf, which included a delegation from the “coordinating framework” headed by Hadi al-Amiri, in addition to the two prominent Sunni leaders, head of the “sovereignty” coalition Khamis al-Khanjar and Parliament Speaker Muhammad al-Halbousi.

However, hopes quickly dashed after the communication between the various parties stopped, especially the two Shiite poles, namely the “Sadr bloc” led by al-Sadr and the “coordinating framework,” and that was after the recent Iranian bombing of Erbil.

According to local reports, al-Sadr informed the Shiite, Sunni and Kurdish forces that he wanted to nominate one of his cousins, the Iraqi ambassador to Britain Jaafar al-Sadr, to head the government. However, it seems that al-Maliki and the rest of the “coordinating framework” forces did not respond to al-Sadr’s demand or that they were “maneuvering” for more gains in the government formation.

Ihsan Al-Shammari, director of the Iraqi Thinking Center in Baghdad, believes that “the cessation of negotiations between the Sadrist bloc and the coordination framework returns the political process to the zero-sum circle, so that the state of political closure between all parties continues.”

He added that the matter is not only related to the two Shiite blocs; The closure between the “Kurdistan Democratic Party” and the “PUK” is also a part that bears 40 percent of the state of closure.

The two Kurdish parties, the Kurdistan Democratic Party (31 seats) and the Patriotic Union (17 seats), are competing for the post of President of the Republic after they did not reach an agreement to present one candidate.

Under the unconstitutional political custom followed in Iraq since 2006, the Shiite majority holds the prime ministership, which is the most powerful executive position in the country, the Kurds hold the presidency, and the Sunnis head the parliament.

Regarding the reasons that stand in the way of preventing the crisis from being contained, Al-Shammari explains that “the main reason is the conflict of wills and leaders that still dominate the scene, in addition to the fact that the conditions set by Al-Sadr to form the next government did not find acceptance by the coordination framework, and therefore the dialogue was again futile. “.

He adds that “the talks between the parties stopped, although it came as a result of the Iranian bombing of Erbil and the implicit support of the coordination framework for it. The issue is not related to this event as much as it relates to not reaching an agreement to divide the sphere of influence within the executive authority or to secure interests or the existence of guarantees.”

Al-Shammari did not rule out that the Sadrist bloc would penetrate the ranks of the “coordinating framework” and attract some forces to its side, and that the framework might take a “similar step.”

He added that “a rapprochement may occur between the competing parties if political and parliamentary forces and civil society organizations exert pressure by resorting to the Federal Court in order to demand the cancellation of the elections and the organization of new elections.”

Since the announcement of the results of the elections that were held last October, Iraq has witnessed political tensions, and the dispute revolves between the coalition of forces of the Iranian-backed “Coordination Framework” and the “Sadr bloc” over who is entitled to nominate a person for the position of prime minister.

While the “coordinating framework” forces did not exceed about 60 seats, their representatives spoke in a recent parliamentary session about including independents and reaching 88 out of 329 seats, while the “Sadr bloc” came first in the elections with 73 seats in Parliament, according to official results.

There is still disagreement about naming the person of the country’s president, which is a necessary step for the latter to assign the candidate of the largest parliamentary bloc to form the government within 30 days.

Iraqi political analyst Ahmed al-Yasiri believes in his interview with Anadolu Agency that “the popular protests that erupted in 2019 and overthrew the government of Adel Abdul-Mahdi brought about a change in the traditional alliances.”

He shows that “previous alliances were based on a national or sectarian basis; That is, the Shiites were entering into one alliance, as well as the Sunnis and the Kurds.”

Al-Yasiri adds, “Now, competition and conflict exist within each of these components, as is happening now in the struggle of the Kurds over the presidency, as well as the Shiites over the premiership.”

He also points to the “dwindling of the Kurds’ influence in the Iraqi political equation following the referendum on secession conducted by the Kurdistan region in 2017.”

And he continues, “Previously, Erbil was the one that imposed its strategy on Baghdad, but now the situation has changed and Baghdad is the one that regulates the presence and quotas of Kurdish parties,” noting that there is a division among the Kurds over quotas and privileges in Baghdad.

As for the differences between the Shiite forces, al-Yasiri believes that “the dispute is focused on the position of the prime minister, because it grants its owner the implementation of his project and places him in the position of monopolizing Shiite representation in the next government, and thus he can impose his will.”

He explains that “the Sadrist movement wants to monopolize the Shiite representation in the next government after it came first in the elections,” noting that “internal and external forces, especially Iran, will continue to pressure al-Sadr in order to include the rest of the Shiite forces in the coordination framework of the next government.”

No electoral list has achieved the majority required to form a government, and the winners must form a parliamentary coalition that holds a majority of seats in order to pass the next government.

The system of government in Iraq is parliamentary, meaning that the legislative authority is concerned with electing officials of the executive authority, as the House of Representatives (Parliament) initially elects a speaker and two deputies to the Council, and then elects a president of the republic, and the latter assigns the candidate of the most numerous parliamentary bloc to form the new government that must To gain the confidence of Parliament.

The parliament succeeded in electing its speaker, Muhammad al-Halbousi, during its first session on the ninth of last January, and the major differences between the winning blocs prevented moving forward with the next step, which is the election of a new president for the country.