The Minister of Finance sends a message to the government after a request to summon him under the parliament: Where is my dignity!

The Minister of Finance sends a message to the government after a request to summon him under the parliament: Where is my dignity! 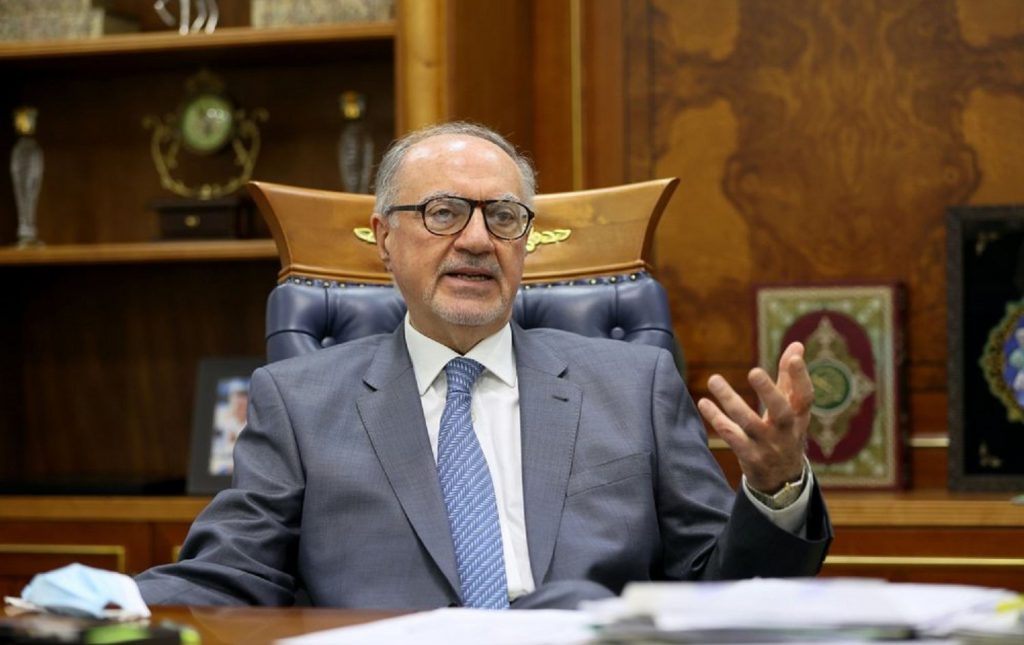 Today, Friday, Finance Minister Ali Abdul Amir Allawi sent a message to the government after requesting his summons under the parliament.

The text of the message is below:

Yesterday evening, I received a summons from the Deputy Speaker of the House of Representatives to appear before him on Saturday to discuss the exchange rate. This came as soon as Muqtada al-Sadr tweeted, asking me to appear directly before Parliament to discuss the exchange rate. It is clear, then, that the summoning of the deputy speaker of parliament came as a result of the tweet of Muqtada, the leader of the Sadrist movement, to which the deputy speaker of parliament belongs.

I find the whole process unacceptable and should not be tolerated, whether for the dignity of the government, my dignity as a minister, or my personal dignity and the dignity of my family. I think it necessary to make the following points:

Therefore, I categorically reject the summons of the Vice President of the House of Representatives, because it is clear that they are outside his powers. I also completely reject government running through tweets from political leaders, regardless of their popularity and stature.

Second, I am a minister in a sovereign ministry. I have worked under very difficult conditions for nearly two years. I believe I have successfully managed the country’s finances, nurturing the economy toward a degree of safety. In the process, I had to make many difficult decisions, including my strong call for an exchange rate adjustment. However, this decision was simply not made. The resolution was supported by the international community, the Council of Ministers, the Central Bank of Iraq and political parties in two separate meetings with their leadership. It was explicitly mentioned in the 2021 budget, which was approved by the House of Representatives in February 2021.

You made it clear that the costs of currency adjustment would be immediate; But the benefits will appear in the medium and long term.

In order to protect the poor, a huge increase for the poor and vulnerable was included in the 2021 budget, amounting to nearly 3 trillion Iraqi dinars to be disbursed through the Ministry of Labor. This unfortunately was curtailed by the House of Representatives in the final budget.

A year later, we can now evaluate the benefits of an exchange rate adjustment, which are very real.

But what we have now is the politicization of the exchange rate, making it responsible for higher prices. This is a deliberate lie and the people should be aware of it. International prices for all goods and freight have risen dramatically in the past year. Wheat, cooking oil, sugar and fertilizer multiplied many times over. This is about the collapse of the global supply chain and not anything about the exchange rate adjustment last year. Instead of focusing on the real reason for the price hike, people are being fed nonsense about the exchange rate as the source of the cost of living increase we have seen over the past year.

I am ready to defend my position and my economic and financial policy before the House of Representatives as a whole and not in front of a specific parliamentary faction.

Therefore, I demand the exercise of my rights under the Iraqi constitution, and I seek a vote of confidence in me from the House of Representatives. I have this right under Article 61/8 of the Constitution. “It is not permissible to raise the issue of confidence in a minister except upon his request or upon a request signed by fifty members….”

Today I will write to the Speaker of the House of Representatives and ask him to take this vote of confidence early. I will also ask him to give me one hour to explain my policies to the House before the vote takes place.

Third, since I have been in government, I have been subjected to a barrage of attacks and personal slanders both on social media and by politicians and some self-styled media analysts and commentators. I ignored the harm this could cause because it was based on obvious lies, slanders, ignorance or confusion. However, when the leader of a large political party treats me lightly as one of his followers, I must reject it outright. I know that the Sadrists voted for me when I was first nominated for the position of Minister of Finance, and they have stood by me through many crises including defending the exchange rate adjustment. I freely admit this, but this does not give them the right to address me as a servant at their request and invitation.

Finally, the constant attacks on me extended to affect my family. I don’t brag about my family lineage. But my family has given so much to this country. We have been citizens of Baghdad for hundreds of years. As the Allawi family, we have provided more ministers to Iraqi governments since independence than any other family. Six ministers and one prime minister. If we include the families close to us, Chalabi, the number will rise with four more ministers and one deputy prime minister. My great uncle Hussein Allawi signed a petition to bring Faisal I to Iraq. Our family is entirely Iraqi. We do not differentiate between Shiites and Sunnis, Christians and Yazidis. We do not differentiate between an Arab, a Kurd or a Turkmen. In my personal entourage, I am guarded by the Kurds, my personal secretary is among the Sunni brothers, and my personal office in the ministry is headed by a Shiite woman of high religious principles. We are not talking about diversity. We live it.

We have been supporters of the Marja’iya for centuries, and we hold our great religious families in the highest esteem.

No member of my family has been contaminated with corruption or wrongdoing. They were motivated by real service with no concern for reward or benefit. I hope I have continued in this long approach.

We will not abandon this country in the face of bullying, pressure or threat. We have always stood against tyranny in any form or kind, and we will continue to do so.