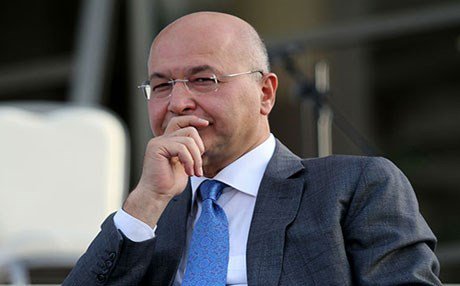 Today, Thursday, the Kurdistan Democratic Party confirmed its “categorical rejection” of Barham Salih assuming the presidency of the Iraqi Republic for a second term.

Party member, Mahdi Abdel Karim, said in a statement to “The Information”, that “the presidential candidate will not pass without the consent of the Democrat,” noting that “the Kurdish parties agree to choose one figure acceptable to the Democratic and National Union parties, and to bring her to Baghdad, and passed it in Parliament.

He added, “Saleh’s acceptability is only for the Union,” noting that “it is possible to nominate Hoshyar Zebari as a presidential candidate, as the matter is up to the first and last of the Kurdistan Democratic Party, Massoud Barzani, in the event that the Patriotic Union insists on the nomination of Barham Salih.”