The speech of the Minister of Finance and its future repercussions

The speech of the Minister of Finance and its future repercussions 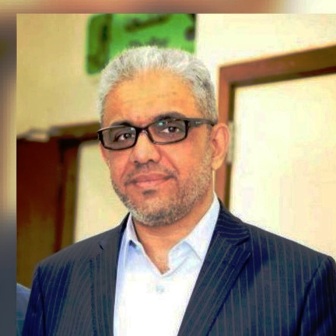 Through the speech of His Excellency the Minister of Finance, we find the following:

1- Expectations are dangerous and should be taken into account, as well as not inevitable

2- It turns out that there is the possibility of saving 10 billion dollars annually to import gas to operate power stations, while the Ministry of Oil did not address the burning of local gas, which burns absurdly, and its value doubles this number.

3- The treatment of the shortage in salary financing by increasing the exchange rate reflected its effects on the employee and the citizen only, considering that the Ministry of Finance compensated contractors and suppliers for the difference in the exchange rate of the contracts concluded, regardless of the percentage of financial completion of the contract compared to the percentage of the operational advance received, in addition to the fact that banks and parties have fortified itself, in advance, from harming it by changing the exchange rate, because it was aware of the decision about a month before its issuance, and it doubled its profits by buying the dollar at the currency auction in cash or on credit

4- The number of employees has nothing to do with good governance only, but rather it is related to the nature of the political system, the number of people’s souls, the administrative system in which the state operates, whether it is an electronic system, the governance of procedures, the prevailing political culture and norms, the level of integrity of leaders and decision-makers, as well as the growth of the private business sector in the country and the volume of foreign investments Directly in the country on the ground

5- There is another point of view that should be taken into account and worked on from now on through future dependence on oil and its derivatives in the production of electric power, and what the industry, agriculture and irrigation sectors need from mechanization and equipment, considering that oil, according to the expectations of the Minister of Finance, will be worthless and therefore all its extraction will also be low. Because it is directly proportional to the value and prices of oil globally

6- We must immediately start training and qualifying local cadres to specialize in the extraction and production of oil and its derivatives to provide production costs in preparation for total dependence on oil production in the service sectors to provide the funds allocated to sustain them and import the resources for their operation.

7- Not accepting any future project that does not depend on oil energy as a raw material for operation, because it will be cheaper, safer and more economical locally.

8- Starting preparations for the establishment of the largest industrial complexes for the production of wheels, mechanisms and equipment that operate on oil energy and its derivatives in partnership or by purchasing their production lines from the leading industrial countries in these industries because we are not bound by a pattern of industries whose operation and operation depends on imported energy

9- Activating the Silk Road through Iraq and liberating it from political and partisan domination, randomness and dwarfing

10- The number of retirees is also related to the number of people’s souls and has nothing to do with the number of employees, because the people and foreign refugees if they do not receive pension salaries, they will receive monthly health, social and recreational insurance amounts.

11- The issue of levying electricity wages and others is related to the type, level and stability of the service provided and the transformation of levy into electronic or investment levying away from the current mechanism in which the employee and investor of the collection are considered a partner of the abstaining citizen in not achieving it or embezzling it.

(We have to interact dynamically with expectations and manage risks and interact with them in the privacy of our situation and capabilities, and not in a unilateral way that depends on Western or external stereotypical thinking, whose vision is based on its reality and capabilities, which inevitably and in reality differ from what we have. His financial budget, so why should we look for alternative energy sources when we have free energy sources, and why do we grant a partnership in revenues and oil industries, which are our property, such as future petrochemical projects, phosphates, sulfur and silica, which will have a future and a financial return greater than oil, except for partnerships with international technical authorities specialized in establishing such projects

This does not mean not keeping pace with industrial and environmental developments and working on building nuclear power reactors and building infrastructure for the use of alternative energy such as road networks, bridges, energy transmission, the electronic administrative system, an attractive investment system, and a legislative environment to protect investments that is protective and encouraging, and most importantly of all, keeping parties away from the economic decision because they work in a way Extortion and unsystematic benefit, even at the expense of the failure of the experiment and emptying it of its content, and they have to turn into honest national investors, not fatwas, to collect retreats and commissions and protect deviations.

It seems that the European and global work environment and its doctrine, in which the Minister of Finance lived and grew up, made him think and proceed through the visions, ideas and adoptions of those countries only. In addition, most countries of the world do not have the European capabilities and the major industrialized countries of nuclear reactors or infrastructure ready to shift towards alternative energy, such as African countries, Latin America and others. Therefore, the situation will not be so bad, but we must take the warnings of the Minister of Finance seriously. Seriously and with great interest and adopting the White Paper as a stable basis that will be supported and developed even if governments change towards a stable and growing economy