The countdown to the convening of the new Iraqi parliament: the start bell for the alliances race

The countdown to the convening of the new Iraqi parliament: the start bell for the alliances race 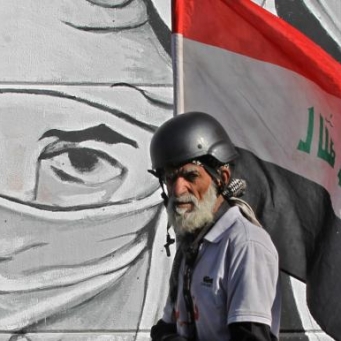 Yesterday, Monday, the approval of the Iraqi Federal Court on the results of the legislative elections that took place on the tenth of last October, closed 11 weeks of political debate over the results, and opened the door wide for the winning and losing political forces to proceed with the formation of alliances before the first session of Parliament The new, which is supposed to be held within 15 days of ratification, that is, no later than the eleventh of next month.

The movement began towards forming alliances from the “coordinating framework”, which includes the forces objecting to the election results, most notably the “state of law coalition” headed by Nuri al-Maliki, the “Al-Fatah” alliance led by Hadi al-Amiri, the “state forces” alliance headed by Ammar al-Hakim, and other forces.

The director of the office of the head of the State of Law Coalition, Hisham Al-Rikabi, said that the “coordinating framework” will begin by sending and receiving delegations regarding serious discussions related to alliances, explaining during a press statement that the approval of the Federal Court on the results will contribute to drawing the Iraqi political map.

Arab reports
Iraq’s entitlements after the approval of the election results: How are the presidencies chosen?
He pointed out that “the current stage will be a starting stage to search for alliances that are consistent with the framework’s vision in forming a consensus government,” adding: “Many forces, including Sunni and Kurdish, share the framework with the principle of consociationalism, and therefore there is no red line or veto on their joining the declaration of political alliances.” cross-sectarianism.”

Al-Rikabi added that “the framework forces and those who will join them want a more stable and effective political process in performing constitutional duties, working to reform the economic and political reality and moving from the stage of quotas to participation by all in the government.”

The desire of the “coordinating framework” to form a consensus government may clash with the position of the leader of the “Sadr movement” Muqtada al-Sadr, who reiterated the need to form a “national majority” government during a statement issued yesterday, Monday, after the election results were approved.

Well-informed political sources told Al-Araby Al-Jadeed that the Sadrist movement wants to form a majority government, explaining that it will send delegations to negotiate with the winning forces in the elections, most notably the Kurdish ones, as well as those representing the northern and western governorates, with the aim of reaching understandings regarding forming the next government.

The news of
the Federal Court officially ratifies the results of the Iraqi elections and
pointed out that the current is aware that the countdown to holding the first session of Parliament has begun, so its moves towards other forces will be quick to resolve the broad lines of understandings before the parliament session, indicating that the end of next week may witness the emergence of features The forces that will lead the scene during the next stage.

She indicated that the dialogues in the coming days will focus on understanding with the coalitions “Progress” and “Al-Azm” regarding the Speaker of Parliament, because the first session of the new House of Representatives must witness the election of a Speaker of Parliament for four years in accordance with the constitutional contexts.

Meanwhile, the leader of the “Azm” coalition, Jamal Karbouli, called on the political forces to abide by the constitutional deadlines, calling for the formation of a government capable of ending 18 years of suffering.

Sources close to the coordinating framework forces suggested that the protests organized by supporters of the forces opposing the election results would end today, Tuesday, and told Al-Araby Al-Jadeed that the general trend is to withdraw from the approaches of the Green Zone. And ending the protests after the framework forces announced their commitment to the court’s decision.”