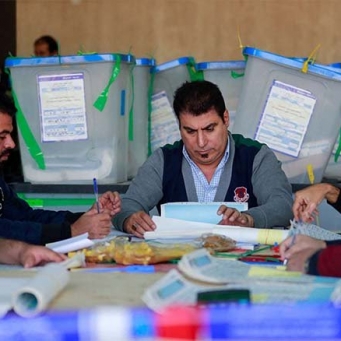 The 2005 constitution says that Iraq is “a country of multiple nationalities, religions and sects” (Article 3), but the political system, which was adopted by this constitution. It was a system based on the “Akhtarwi” model (relative to the demographic majority) and through which the consensual democracy principles that the Law of Administration for the State for the Transitional Period (the Interim Constitution) established by the Americans in 2004 were supposed to adopt, albeit in a distorted way, were undermined. This law is based on the fact that Iraq is a pluralistic country that can only be governed through “power-sharing” among its main components, Shiites, Sunnis and Kurds.
Re-reading the political system adopted by the Iraqi constitution, away from political practices that have not yet transformed into agreed-upon fixed norms, reveals that this system allows the majority (in the context of complete identification between the political majority and the demographic majority, and in the context of the nature of the sectarian structure; nationalism and the ruling sectarianism). ) To monopolize the entire power, without any of the partners having the ability to object to this monopoly! Which makes the distribution of the three main positions in the state; The Speaker of the House of Representatives, the President of the Republic, and the Prime Minister among the components are just a “temporary” measure that can be modified, and it is like a “honour” that the Shiite political actor gives to others!
In this context, the Iraqi constitution was keen not to grant the Speaker of the House of Representatives, or the President of the Republic, any real powers, in return for granting the Prime Minister the ability to have an absolute “monopoly” of power in the state, not based on the constitutional text itself, but on the authority Subjective interpretation, or the authority through which the Federal Court can be exploited, in order to legitimize this interpretation! This made the position of the Prime Minister, in practice, the main axis that governs the political system as a whole.
Since the first prime minister under the 2005 constitution, it has been clear that the process of selecting the prime minister is not subject to the political power relations reflected in the general elections, and that it is not only a subjective decision for Shiite political actors, but a decision in which Najaf interferes through the religious authority, and Iran through Its political overreach in race, and the United States of America because of its presence on the ground until 2011, and because of the nature of the relationship it rules in Iraq after 2014.In 2006, for example, Shiite political actors in the United Iraqi Alliance nominated Dr. Ibrahim al-Jaafari for the position, but the American veto was decisive in prompting Mr. Ali al-Sistani to intervene directly to change this nomination and replace him with Mr. Nuri al-Maliki, and in 2010 the Americans and Iranians were decisive in the issue of reinstating Maliki’s nomination for a second term, and in 2014 Mr. Sistani played the main role in preventing al-Maliki from returning to the position for a third term, and in his support for the split in the Dawa Party, which allowed Dr. Haider al-Abadi to reach the position, and in 2018, Najaf and Iran were powerful actors in the nomination Mr. Adel Abdul-Mahdi for this position.
Today, after the announcement of the final results of the Iraqi Parliament elections, everyone knows that there is no possibility to talk about the Speaker of the Parliament, or the President of the Republic, according to the sequence of their election under the Constitution, before agreeing on the Prime Minister as the pole around which all parties will revolve! Everyone knows, despite arrogance and pride, that the election results and the number of seats are only a secondary factor in choosing the prime minister, and that the other three factors: Najaf, Iran and the United States of America, directly or indirectly, are the parties that will decide this choice. Therefore, any potential candidate must first enjoy the acceptance of Najaf, or at least not oppose it, and secondly have explicit Iranian acceptance, and thirdly, have good relations with the United States of America in order not to repeat the scenario of Mr. Adel Abdul-Mahdi. This will make the list of potential candidates for this position very short, perhaps not exceeding four or five names at best.

There is no alternative to a “consensual” candidate for the presidency of the Council of Ministers who is accepted by all those who bear arms, and who is accepted by the other three actors. Najaf, Iran, and the United States of America, and that propaganda about the myth of the political/national majority is nothing but a high bargaining chip.

Mr. Mustafa Al-Kazemi is still on the short list, and he enjoys the “tacit” support of Mr. Muqtada al-Sadr, and despite what appears to be the sharp position of the groups allied to Iran, and Mr. Maliki against him, but all the circumstances that led Al-Kazemi in 2020 to his position still exist, in particular. Regarding US-Iranian relations. And if the current Vienna negotiations fail to reach a breakthrough, with regard to US-Iranian relations, Iran will be “compelled” once again to accept a second term for Al-Kazemi, as it accepted it the first time, and Iran’s allies will be subject to this option, and only Mr. Maliki will remain in opposition without being He has the power to stop that deal!
The third candidate being proposed is Mr. Faiq Zaidan, head of the Supreme Judicial Council, although it is not clear what is the position of Najaf and the United States on this option, and I personally think that the man, despite his political ambitions, has not made up his mind yet. He does not want to lose his “important position.” » In exchange for a position over which hegemony is being contested by rival political actors, there is no guarantee that the deal that will bring him to the position is viable!
The fourth candidate who is trying to regain his fortune is Mr. Muhammad Tawfiq Allawi, who could be a compromise candidate acceptable to all parties this time, unlike the previous time that he appeared to be a candidate for Muqtada al-Sadr in particular, which contributed to undermining his candidacy in 2020.
Not This is definitely a final list, but it will remain a short list.
We said in previous articles about the post-election scene that there is no alternative to a “consensual” candidate for prime minister who is accepted by all those who bear arms, and who is accepted by the other three actors. Najaf, Iran and the United States of America, and that the propaganda related to the myth of the political / national majority is nothing but a high bargaining chip, to obtain the best gains and nothing more. Today, after the first meeting that brought together Shiite political actors; Winners and losers together, it seems, clearly, that the negotiation of the deal has begun, and that it will reach the inevitable end that we have mentioned repeatedly!