The Pentagon blows it up: US forces will remain in Iraq after 12/31

The Pentagon blows it up: US forces will remain in Iraq after 12/31 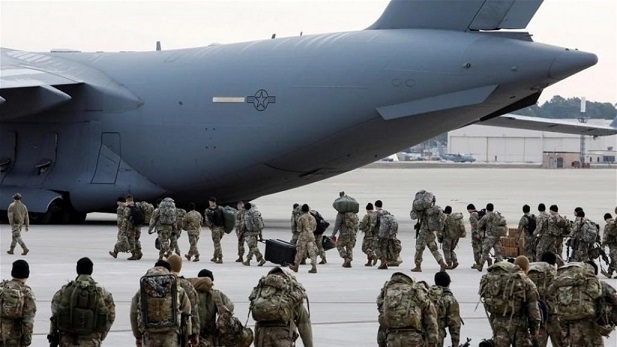 The Pentagon confirmed, on Wednesday, that the American forces will remain in Iraq after the end of combat operations on December 31, despite the warnings of the Iraqi resistance factions.

In its report, Newsweek magazine quoted a Pentagon spokeswoman and Commander in the US Navy, Jessica McNulty, as saying that “the position of the United States has not changed, and that there is no fully organized exit.”

And she added, “The United States will fulfill the commitments it made during the strategic dialogue between the United States and Iraq in July 2021, including the absence of American forces with a combat role by the end of the year,” noting that “American forces will remain in Iraq, at the invitation of the Government of Iraq.” , to provide advice, assistance and exchange of intelligence information to support the Iraqi security forces in the campaign against ISIS,” according to her claim.

And the report indicated that “Secretary of Defense Lloyd Austin expressed similar sentiments over the weekend during a meeting in the Bahraini capital, Manama, with Iraqi Defense Minister Juma’a Inad Saadoun al-Jubouri, where the Pentagon commander confirmed that “there will be no American forces with a combat role before the end of the year.” According to the Ministry of Defense.

The report stated that, “With less than a month and a half remaining in the year, a group of Iraqi factions known as the Iraqi Resistance Coordination Committee published a letter expressing its disappointment at the lack of the American military withdrawal, as the letter expressed doubts about the original commitment, noting that after four Almost months, “The Coordination has not yet witnessed any manifestations of withdrawal, although only 42 days separate us from 12/31/2021.”