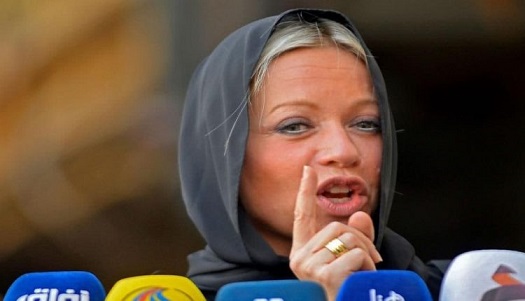 The Asa’ib Ahl al-Haq movement confirmed, on Tuesday, that the representative of the Secretary-General of the United Nations, Jenin Plaschaert, is facing a real test today to prove its credibility by presenting its report to the UN Security Council, indicating that the objectors do not rely on the UN envoy as much as they rely on the Supreme Judicial Council, the Judicial Authority and the Federal Court.

A member of the movement’s political bureau, Saad al-Saadi, said in a statement to “Information”, that “the UN envoy, Jeanine Plasschaert, is facing a real test today to prove her impartiality towards the electoral process, especially after meeting with her twice and providing her with evidence and documents that prove fraud.”

Al-Saadi added, “Blackshart did not discuss with us the irrefutable evidence and information that we presented to her,” noting that “in spite of that, the objectors do not count on what the UN envoy to Iraq will say as much as they rely and pin hopes on achieving the right of the Supreme Judicial Council, the Judicial Authority for discussing appeals and the Federal Court.” “.

It is noteworthy that the representative of the Secretary-General of the United Nations, Jeanine Plasschaert, presented today, Tuesday, a report on the situation in Iraq and the repercussions of the electoral process before the UN Security Council. NS