Experts described it as a “record” .. an official newspaper reveals half a million invalid ballot papers

Experts described it as a “record” .. an official newspaper reveals half a million invalid ballot papers 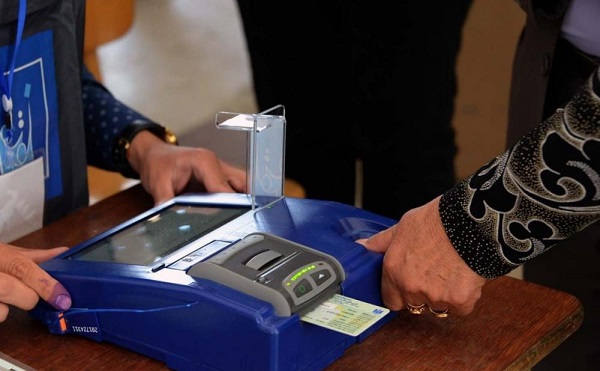 On Thursday, private electoral sources revealed that there were about half a million “invalid” ballot papers during the elections that took place on the tenth of last October. The appeals and its annexes have been completed and transferred to the judicial body.

The official “Al-Sabah” newspaper reported in its issue today that “there were 489,000 invalid ballot papers during the last elections.”

Electoral expert Walid al-Zaidi attributed “the high number of invalid ballot papers to a wrong education for voters that (if they do not choose a candidate and do not have a candidate they are convinced of, then they invalidate the paper on the grounds that it is not used by others), as well as the human and electronic reading teams of the ballot paper, as the first reads that there is a vote signal based on the voter’s intent clearly directed to the candidate, while the deviation of the secret seal from the number, name, or box assigned to it; The paper is void.”

Al-Zaidi added, “Part of the reason is borne by the voter and his culture, who considers the voter’s paper to be ordinary, so he puts more than one reference to a candidate and crosses it out as he likes, while this leads to the invalidation of the paper, as well as other reasons due to the existence of a defect in some electronic devices, and with the recognition of the Commission.” Noting that “the number of invalid papers is very high in relation to the number of voters, who numbered 9 million, according to the Commission’s statistics.”

For his part, the Director of Procedures and Training at the Independent High Electoral Commission, Daoud Salman, said that “the commission sent the last batch of answers to the appeals and their appendices to the judiciary.”

Salman said, “The commission has completed all the appeals and their attachments and sent them to the judicial body, which will be free to approve these appeals or not,” noting that “manual counting and sorting operations will take place if the judiciary is not convinced of them.”

He explained, “The commission will announce with the results the number of invalid papers and the number of women and men voting, in implementation of Parliament Law No. 9 of 2020″.