Final results of the 2021 Iraqi elections: Minor changes that keep the Sadrist movement in first place

Final results of the 2021 Iraqi elections: Minor changes that keep the Sadrist movement in first place 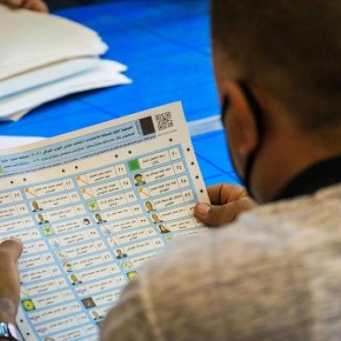 The High Electoral Commission in Iraq announced, at midnight, Saturday-Sunday, the final results of the 2021 Iraqi elections, which were held last Sunday, amid unprecedented security measures in Baghdad, following a statement issued by political forces allied to Tehran in which they rejected the election results completely and considered them contested.

“These results are preliminary and can be challenged,” said the head of the Commission’s Council, Judge Adnan Jalil, in a press conference held in Baghdad within the Green Zone, stressing that “we are obligated to stand at the same distance from all candidates,” noting that the rate of participation in the elections It reached 43%.

While he revealed that “3681 electoral stations were manually counted during the past days,” Jalil did not mention the names of the winning forces or the number of parliamentary seats they obtained, but indicated that they are now available on the official website of the commission on the Internet.

However, observers confirmed that the site, due to the great pressure, came back and stopped several times during the minutes that followed the announcement of the results, and that the results were distributed among 18 governorates without the Electoral Commission collecting the results and submitting them once, until 12:10 pm Baghdad time.

According to the results, the “Sadr Movement” came in first place, with 73 parliamentary seats out of 329, followed by the “Progress” alliance led by Parliament Speaker Muhammad al-Halbousi, with 37 seats, and the “State of Law” alliance led by Nuri al-Maliki came third, with 34 seats. And the ruling Kurdistan Democratic Party in the Kurdistan region of Iraq, led by Massoud Barzani, ranked fourth, with 32 seats, representing about two-thirds of the region’s seats in parliament.

In addition, the number of seats for the “Al-Fatah” alliance, which represents the political wing of the “Popular Mobilization”, increased from 14 to 17 seats, and the “Kurdistan Alliance”, which includes the Patriotic Union of Kurdistan and other Kurdish forces, came sixth with 16 seats, while the movement declined. “Extension” of the city from 10 seats to 9, as well as the “Azm” coalition, with 12 seats, then “Eshraqa Kanon” with 6 seats. The total number of independent candidates who presented themselves outside the framework of political parties and entities and won 40 seats in these elections.

On Saturday evening, the political forces allied to Iran anticipated announcing the final results of the elections with a new statement after a meeting they held in Baghdad, emphasizing their “complete rejection” of the election results, considering that they were challenged.

Arab reports: The
“coordinating framework” anticipates the announcement of the results of the Iraqi elections by rejecting it.
In contrast to that statement, the leader of the “Sadr movement,” Muqtada al-Sadr, issued a statement declaring his acceptance of the election results, adding that “from now on, the elections and their results should not be a topic and a door.” disputes, disagreements, and conflicts.

Units of the Iraqi army, police and counter-terrorism forces were deployed in Baghdad and several cities, most notably Najaf, Karbala and Babil, in anticipation of angry reactions to the election results.

The Al-Araby Al-Jadeed correspondent in Baghdad said that the security deployment of army and police units is still continuing in areas of Baghdad, especially in the vicinity of the Green Zone.

The Iraqi Electoral Commission postponed the date of announcing the results of the elections that took place last Sunday, several times, after stating that it will be at six o’clock in the evening and then nine in the evening local time.