The chief negotiator of the Sadrist movement detonates a surprise: The position of prime minister may go to a woman

The chief negotiator of the Sadrist movement detonates a surprise: The position of prime minister may go to a woman 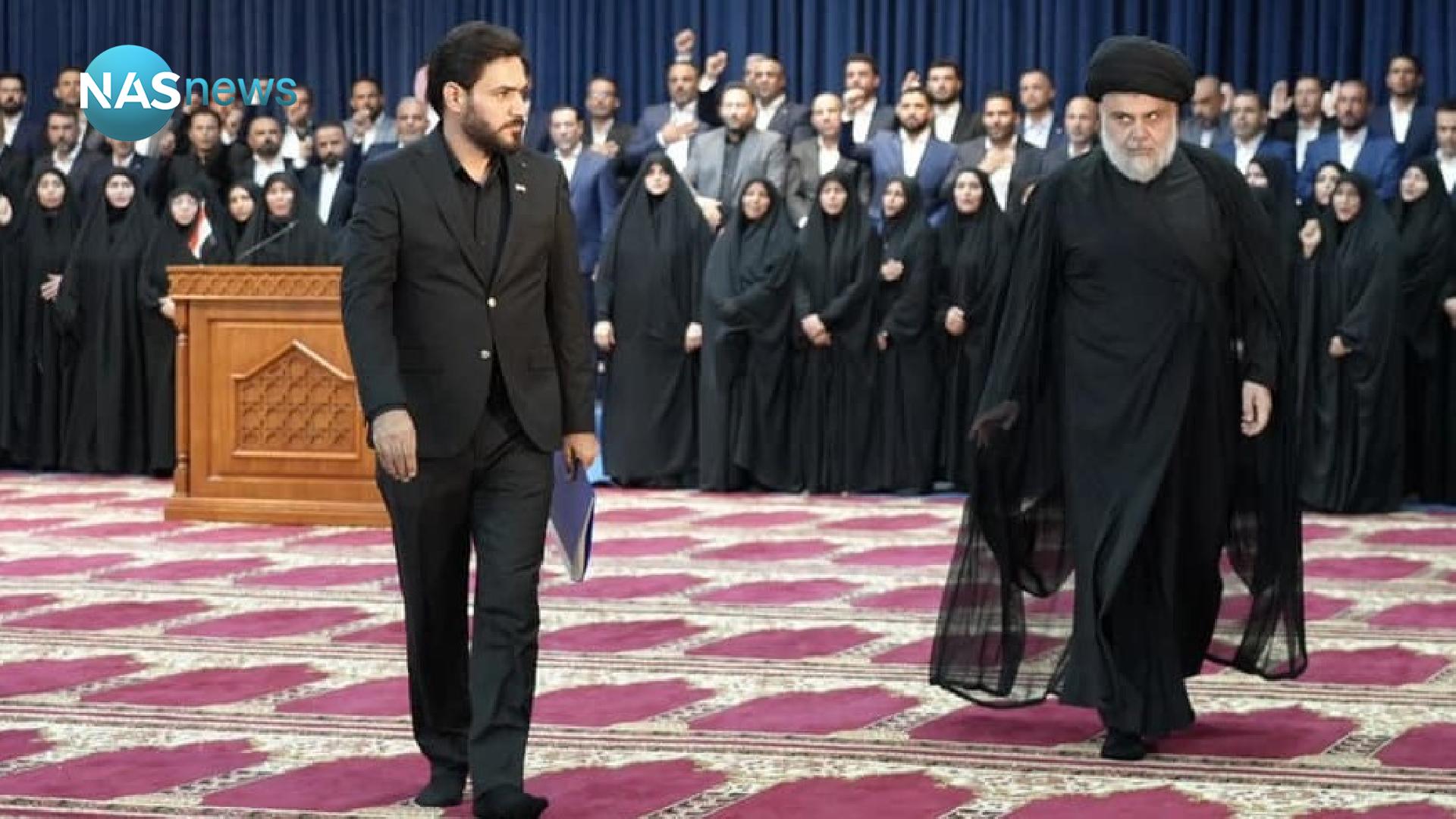 The head of the Negotiations Committee on the largest bloc and the next government of the Sadrist movement, Hassan al-Adhari, on Friday, blew a surprise about the candidates for prime minister.

Al-Adhari added, “Women are half of society.”

Earlier today, the Sadrist movement’s political body denied that a member of the Sadrist bloc’s negotiating team, Nassar al-Rubaie, had made a statement about the nature of the next government and the prime minister, to the official news agency.

The media office of the Political Authority stated in a statement, October 15, 2021, that “what was reported in the media is incorrect regarding the nature of the next government, and we call on the media to adhere to the correct controls in publishing news and to adopt official sources, especially at this sensitive stage.”

The statement added, “Nassar al-Rubaie did not meet with any media outlet, and we will file a lawsuit against false websites that promote false news.”

And the official news agency published, earlier, a statement on the lips of al-Rubaie, which stated
that “the next government will not be consensual and its head will be a Sadrist, and it will bear the responsibility for failures if they occur.”

Early Friday morning, the Coordination Framework denied declaring a position on the “largest bloc”, after information about reaching a large bloc.

A statement by the “Coordination Framework”, a copy of which was received by “Nass”, (October 15, 2021), “no statement or statement was issued by the coordination framework regarding the largest bloc, although the number of winners from its candidates exceeded 90 winners.”

The statement added, “The framework is still following up with the competent authorities that the confiscation of voters’ votes must be addressed, and it will continue to do so until the mistake is acknowledged, the errors are corrected, and civil peace is not endangered.”

The leader of the Sadrist movement, Muqtada al-Sadr, had announced the names of the committee in charge of political negotiations and forging alliances for the post-election period.

Al-Sadr said in a document obtained by “Nass” a copy of it, (October 14, 2021), “We would like to inform all political parties that the negotiating committee that represents us exclusively, and that no one has the right to interfere in its work, whoever they are:

Hassan Al-Adhari as its president, Nassar Al-Rubaie as his first deputy, and Nabil Al-Tarifi as second deputy, Hakim Al-Zamili as his supporter.

He added that “the committee has the power to factor in the issue of parliamentary and political alliances for this stage, provided that they return to us in the tasks of their affairs and avoid alliances with those who have comments on them… and that they work according to precautions and public interests.”

Riyadh Al-Masoudi, the former representative of the Sadrist movement, explained, on Thursday, the working mechanism of the negotiating committee formed by Al-Sadr.

Al-Masoudi said in a press statement that “the committee’s goal is constructive dialogue and true partnership, and these are the foundations that should be adopted in our future dialogues with the rest of the political parties.”

He added, “The dialogues will start from real national principles, to reach real participation in the government instead of partnership.”

He pointed out, “We in the Sadrist bloc have a real and clear vision for the upcoming political scene without marginalizing any political party.”