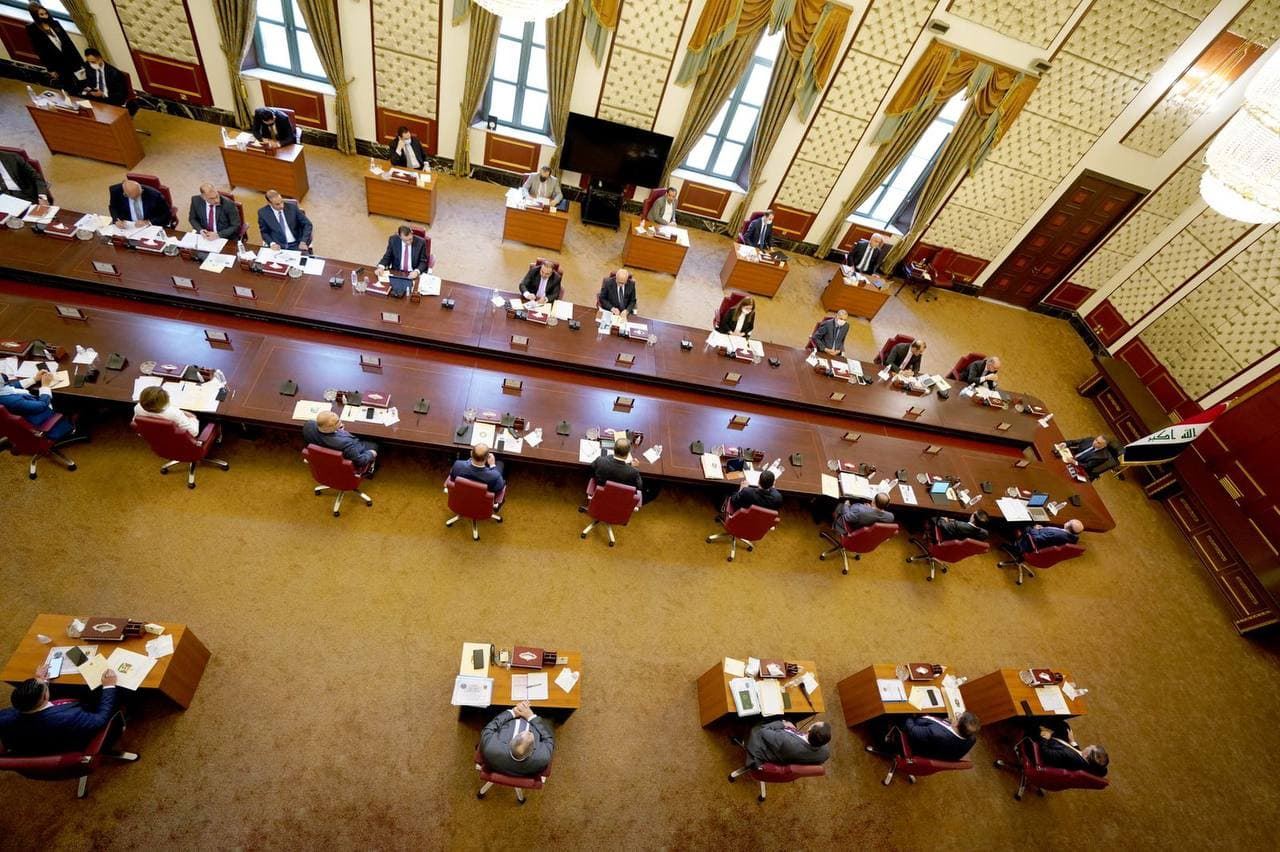 Shafaq News/ On Thursday, the Iraqi Council of Ministers issued seven new decisions during its regular session headed by the Speaker of the Council, Mustafa Al-Kazemi, including the amendment of a decision related to the Sports City donated by the King of Saudi Arabia.

This came during Al-Kazemi presiding over the thirty-ninth regular session of the Council of Ministers, during which the developments of events in the country were discussed, and topics on the agenda were discussed.

He stressed that “the sums are monitored within the investment projects of the Ministry of Transport for the year 2021, and the dues for the in-kind shipments of contracts are paid upon a later registration settlement, and in accordance with the text that will be included in the draft federal general budget law for the year 2022, or through transfers from the allocations of other projects; to pay the overdue payments. The project to purchase modern aircraft with Boeing.

The Council of Ministers approved the amendment of Resolution (130 of 2020) regarding the Sports City, gifted by the Saudi King (Salman bin Abdulaziz Al Saud), Custodian of the Two Holy Mosques, to become as follows:

1. Choosing a site at Basmaya for the purpose of establishing the Sports City, gifted by the Custodian of the Two Holy Mosques, Saudi King Salman bin Abdulaziz Al Saud.

4. The Ministry of Youth and Sports supervises the Sports City project in coordination with the Saudi side through the Iraqi-Saudi Coordination Council, which is formed under the Diwani Order (14 of 2020).

The Council of Ministers also approved, “the document of the Nationally Determined Contributions of the Republic of Iraq on climate change. The relevant authorities should work to implement what was stated in the document, each according to its specialization.”

He agreed to authorize the Baghdad Municipality the authority for direct implementation and division of work for projects to develop shops and streets, within the operating budget for this fiscal year; To be able to benefit from the funds in the implementation of the projects planned by it.

The Council of Ministers’ decision included that the Ministry of Finance waived the allowance for selling the lands allocated for the establishment of industrial cities that are established by the Ministry of Industry and Minerals, amounting to (7000280000) dinars, only seventy billion and two million and eight hundred thousand dinars, as a government debt based on the provisions of Article (46/second). ) of the Federal Financial Management Law No. (6 of 2019) as amended, and the provisions of Article I of Cabinet Resolution (28 of 2020).

The Council of Ministers excluded, “Al-Mina Sports Club and Al-Zawra Sports Club from the Council of Ministers’ decision (25 of 2021) to spend (3,000,000) dinars, only three billion dinars, for the purpose of the club fulfilling its financial obligations from the social service allocations of the General Company for Ports of Iraq within the federal general budget. for the year 2021.

Finally, the Council of Ministers approved the recommendations of the Diwani Order Committee (73 of 2021) regarding “the salinity of the Euphrates River from Muthanna Governorate to Dhi Qar Governorate, except for paragraph (1).”