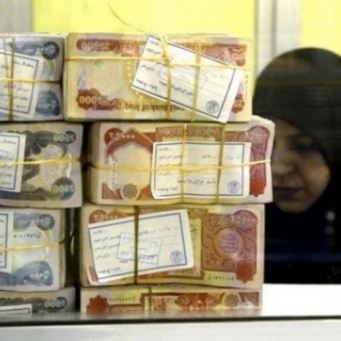 An Iraqi spokesman stated that his country intends to sign agreements with three countries, according to the principle of reciprocity, as part of Iraq’s efforts to recover its looted money, which ranges between 180 to 350 billion dollars.

Ahmed Laibi, spokesman for the Iraqi Ministry of Justice, said in a press statement today (Wednesday), that the government has a tendency to conclude agreements with three countries to recover the looted funds.

He explained that Iraq is drafting agreements with Jordan, Egypt and Switzerland that include the return of funds and lands seized by the former regime in the era of Saddam Hussein, in exchange for the recovery of frozen Iraqi funds in the name of intelligence figures in these countries.

Laibi stated that the move towards recovering these funds comes through the lawsuit offices in the Ministry of Justice and the Fund for Recovery of Funds in the Iraqi Integrity Commission, amid the desire of regional and international parties to activate these agreements.

He explained that “there is no accurate statistics on the amount of looted funds, but it ranges between 180 and 350 billion dollars.”

In the middle of this month, Iraq held a conference in cooperation with the Arab League, and in the presence of a number of Arab justice ministers, to discuss the issue of recovering looted funds and the possibility of concluding bilateral agreements with countries that have funds inside Iraq in exchange for funds demanded by the Iraqi government.