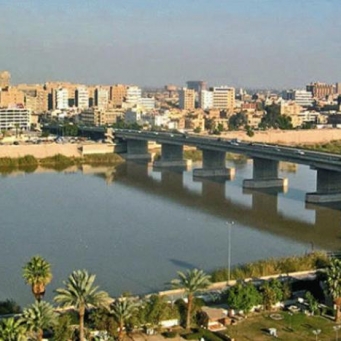 Today (Wednesday), the International Conference for the Recovery of Stolen Money Corruption will start in Baghdad. The two-day conference will be held under the auspices of the Iraqi government and the participation of the Secretary-General of the League of Arab States, Ahmed Aboul Gheit, along with a number of justice ministers, heads of judicial councils and supervisory bodies, as well as representatives of Arab associations and organizations, and legal, academic and media figures related to the issue of combating corruption.
The Iraqi Integrity Commission and the Ministry of Justice will “organise the conference, which will witness holding joint workshops and presenting research papers that address the most prominent obstacles and obstacles facing national regulatory authorities in the matter of recovering convicts, assets and funds that have escaped outside the borders of their countries.” According to a statement issued by the Integrity Commission.
The authority expressed its hope that the conference will address “important topics related to the issues of recovering looted funds and smuggled assets, finding ways to facilitate their recovery operations, and preventing the provision of safe environments and havens for them.”
It is expected that the conference will come out with a set of decisions, recommendations, results and initiatives that urge the participating countries (in attendance or virtually) to cooperate and provide legal assistance among them to recover the smuggled money and the proceeds of corruption that spoilers have been able to smuggle outside the borders of their countries, and to form alliances and pressure groups against the countries that provide safe environments. It has “tax havens” at the Arab and international levels.
Iraq has suffered for years from the scourge of corruption and mismanagement, and often tops the list of the most corrupt countries in the index of international organizations specialized in corruption files, including Transparency International.
The President of the Republic, Barham Salih, revealed at the end of last May, that about 150 billion dollars had been smuggled out of the country since 2003 from corruption deals.
It is noteworthy that Iraq is a member of the United Nations Convention against Corruption and ratified it since 2007. Muhammad Rahim al-Rubaie believes Chairman of the Al-Nahrain Network to Support Integrity and Transparency, said that “the conference will be very important for Iraq by presenting working papers and international experiences related to recovering money looted by corruption at the Arab and international levels.” He told Asharq Al-Awsat, “The interest of the Arab League and other international organizations is a need raised by the widespread popular demands to recover the looted funds after the wave of what became known as the Arab Spring.”
Al-Rubaie added that “Transparency International’s report in 2019 and its predecessors found that the volume of corruption in the Arab countries is nearly $300 billion, or about 30 percent of the total corruption across the world, estimated at about one thousand billion. This prompted the Arab League and its Council of Justice Ministers to take an interest in the issue of recovering money looted by corruption. He points out that “the observed corruption figures are limited to the percentages of corrupt financial operations in the Arab organization.”
Al-Rubaie continues, that the Baghdad conference comes following the decision of the Council of Ministers of Justice in the Arab League to issue the annual study for the year 2020 “related to the recovery of corruption funds.” .